I’ve been in a musical kinda of mood today so i thought i’d list my top five favourite albums of ALL time…songs that have taken me through every type of emotion possible, songs that have made me cry, songs which have inspired me and songs which i just love to jam to! So here we go:

Arrrgh! Love this album!! Xtina really came into her own on this album and every single song is worth a listen. It really shows her transition from teenager to a grown woman. My teenage life was literally based around the whole concept of this album. Her voice is absolutely terrific and I love the fact that every song has a deep, inspirational message. The perfect album for teens who are finding it hard to find themselves.

Favourite Songs: Lovin Me 4 Me
Beautiful
Soar
The Voice Within
Keep on Singing My Song

2. Amy Winehouse- Back To Black One of the best albums of the past 5 years in my opinion. Amy’s voice is just so unique…you either love it or hate it and i lurrrve it. So much soul…so gritty! Wonderful. This album was my soundtrack from 2007-2008 when I was going through extreme hard times due to matters of the heart. I respect and admire her so much as a songwriter and you can really HEAR the pain she was also going through as she sings each song on the album. Amazing.

Favourite Songs: Addicted
Tears Dry On Their Own
Love Is a Losing Game
Wake Up Alone
Some Unholy War 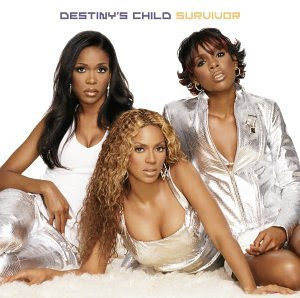 Purely for the fact that EVERY song on this album is enjoyable! This is my ‘pre-going out’ album. So i put this on when i’m getting ready for a good night out…puts me in the party mood!

4. Aaliyah – One In A Million
I mean…what can I say? Classic. Pure Classic. Nothing else to say. This album for me, DEFINED 90’s R&B. If you don’t know, you need to get to know. R.I.P Babygirl.

Favourite Songs: Hot Like Fire
If Your Girl Only Knew
One In A Million
4 Page Letter
The One I Gave My Heart To (Heartbreaking record. For real.)

5. Michael Jackson- Off The Wall/Thriller

Now this was SO HARD to decide. I love ALL of Michael’s albums up to ‘Dangerous’, but these have to be the top two for me. Classic Tracks from the King of pop. EVERY SONG again, is enjoyable and it really puts me in a nostalgic mood!

I have some awards!