Beyonce in the UK 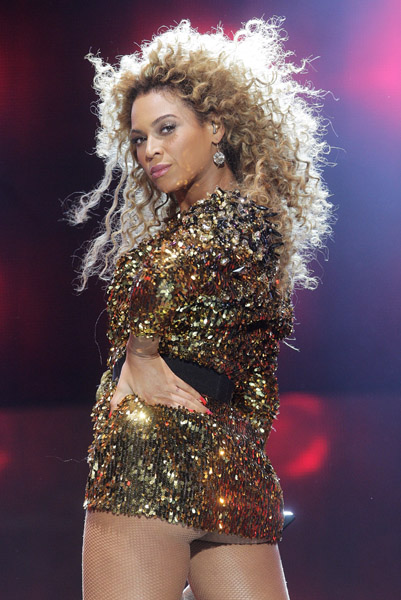 WERE YOU NOT ENTERTAINED?!?!
Call her what you will; Beyaki, Beowulf, Beysus, or Mother Texan Power Stiletto Lioness Czarina (courtesy of Kid Fury), Beyonce has been the name of everyone’s lips for the past month since being announced as the main headliner at Glastonbury. Beyonce has been in the UK for the past few days promoting her new album, 4 and more importantly, last night, she showed EVERYONE why she is still the baddest woman in the game!
Beyonce performed all of her greatest hits, including a couple of new ones from her album and I for one was extremely impressed! Every dance move was ON.POINT and when she started performing ‘Run The World’, i pushed my sofa back and got on the floor. (I think I know the whole routine now. LOL)
She looked amazing in her gold shimmery jacket and towering black boots(which I think were by Giuseppe Zanotti), Bravo!
Here’s a few other photos taken of Beyonce visiting Harrods while filming with whatshisface;