Trying To Kick The Habit?

Uncategorized
Steph
Smoking. It’s a real drag (^_^). It’s amazing the way most smokers are led ashtray (heh) into believing that the possible effects of smoking won’t happen to them, but the truth as many of you are aware is hat smoking is an incredibly hard habit to kick. As well as being financially pressing (with some cigarettes costing up to £8 a packet), it can also introduce a plethora of internal health issues, as well as causing bad breath, blotchy skin  and dark circles under eyes.
As someone who lives with a smoker, I can appreciate how difficult it is to give up the habit; My Mum’s been trying for years to give up! When I’ve asked her what draws her in to smoking, she tells me that it’s not so much the nicotine buzz, it’s that she’s become so used to having something in her hand that it feels weird when she doesn’t go through the motions.
She, like most people I know have tried many methods;gum, patches and even hypnosis. However if you’re a smoker and you’re looking for effective ways to quit, why not try with an electronic cigarette? 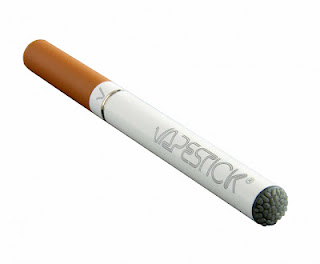 Emerging as one of the most popular uk electronic cigarettes on the market at the moment is the Vapestick. It looks, tastes and feels like a cigarette but the difference is that it carries no lit tobacco whatsoever. It still provides the same smoking experience including the nicotine hit, however it uses a water based vapour instead of smoke which is odourless and harmless to others, so for those who having trouble finding something to do with their hands, here’s the answer!
E-Cigarettes are also cheaper than tobacco cigarettes. A starter kit retails for £44.99 and refills cost £7.99 which means you’d be saving thousands per year. As well as being easy to use, they don’t expose you and others around you to all the nasty poisons you would normally get in second-hand smoke so if you’re an asthmatic who is regularly exposed to smokers like moi, you’ll be safe!
With Vapestick proving to be extremely effective, It’s no surprise that celebrities such as Ronnie Wood, Paul Nicholls and Big Brother finalist Jay McKray have been snatching these babies up.
I love the idea of this and i’ll definitely be telling me Mam so she can give it a go!
Vapesticks are available at Harrods, Tesco, Argos Online and via the Vapestick website

We Be Stylin': A/W Style Challenge with Debenhams