The Roundtable | Dark is Beautiful…And So Is Light.

I recently stumbled upon this blog: http://darkisbeautiful.blogspot.co.uk/

It highlights the issue of discrimination within India; particularly with Indian women… that being lighter skinned is “more beautiful” than being darker skinned. This
blog, is an awareness campaign trying to get past that traditional way
of thinking, in India, that darker people are considered “lower class”
or that darker people are not as beautiful, as lighter skinned people.
It is trying to get more people to understand that beauty is diverse; people of any skin colour can be beautiful!
As an African woman, I have come across people with these
negative views.
Sometimes while visiting Ghana, sometimes through the
media, or even through my community. It is really sad, to see that
people are still thinking this way; discriminating against someone, for
something that they cannot even change. The features, and
characteristics someone is born with should not influence their entire life. It’s really bizarre, to me; the obsession with whiter skin, within the Asian/Afro-Caribbean community.

Read more below; it’s a long one!

This is an Indian magazine cover; it’s Asiana, the wedding
magazine. The women on the cover; they are wearing Indian clothes, they are
wearing Indian jewellery… but does she look Indian?
On the other hand, we have a well known African American men’s magazine; King. Both women are of African American decent (albeit being both mixed race).

The media does play a big role in what the readers, or audience
think of themselves. In fact, they play mind games. They trick you into
thinking you need to look like that girl in order to look like a
“perfect princess”. And it’s not just Asian magazines promoting fair
skin; it’s also Asian films, Music videos, and film actors and actresses, promoting
it. 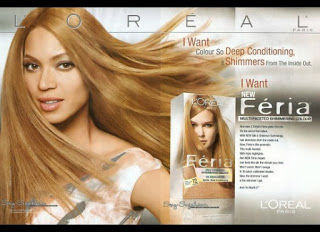 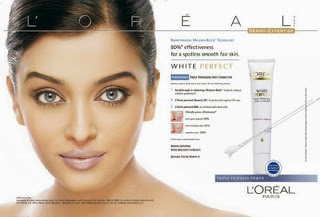 This is Shah Rukh Khan promoting the “Fair and Handsome” cream, for
men. He is one of the “big names” in Bollywood; Shah Rukh Khan is a
household name. Everyone knows who he is; he’s in the highest grossing,
most popular Bollywood films, he’s been nicknamed “King Khan” and the
“King of Bollywood”. And I think he’s a very good actor, and in fact,
quite a few of his movies project very powerful, positive messages, that
challenge traditional ways of thinking. One of his films, which I
really like, called “My Name is Khan”, set during the time of 9/11,
deals with the discrimination of Muslims. The film gives the message
that nobody should segregate a group of people, just because of
their race, or colour, or religion; that “there are only good people,
and bad people”. I just cannot believe that a man who was in a film
like that, could turn around, and promote a product like this. It just confuses me.

It’s just very sad to me that this is a country where the majority of
people who have dark skin, would do anything or would spend large
amounts of money to get whiter skin. Because these skin bleaching
treatments are not cheap! Nor are they actually good for your skin; in fact most are bad for the skin.
Bleaching as it is, is terrible for the skin, or hair. Most of these
bleach products contain high concentrations of hydrogen peroxide and the ever toxic hydroquinone; the
stuff that makes the skin or hair lighter. This, as a result.. will give
you whiter skin, or hair… but it will leave it very dry and damaged. Which is why when you over-bleach your hair, you get tons of breakage, and split, dead ends.

Another reason it is
all strange is because if we were to talk about the Western side of the world, you will see tanning products being advertised. Tanning lotions, tanning beds, self tanners etc etc.
So in the West, you have a bunch of light skinned/white people
spending money on self tanning creams to look darker, and in the East you have a bunch
of dark skinned people spending money on self whitening creams. Let’s all just think about that for a second.
The cause of all of this is just that as humans, we always want what we cannot have. No matter how rich, or how happy, or how content you may be with your life.. I guarantee, there will always be something. Something you want, but cannot have.
So where’s the solution? What do we all do? I say… just stick with what you have. Stick with what you were born with,
because somewhere in the world, someone would KILL to look like you.
They will spend hours of their time, and lots of their money; to have
the skin colour you have, to have the hair you have, or the eye colour,
or anything.


What’s your take on skin beaching?

Designer of the Week: Alexander Wang