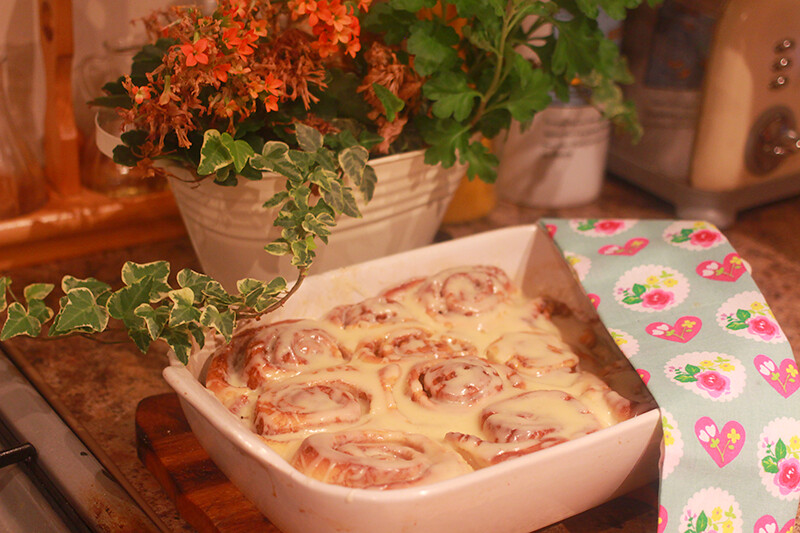 Yes kids; we are officially within stodge food season and between this and watching The Great British Bake Off, I’ve been cooking up a bit of a storm recently. Yeast is something that I’m pretty new to, as it’s so easy to get wrong,  and so I thought to ease me into it, I thought I would start off with your typical cinnamon roll. Now, I love a good cinnamon roll; warm, sticky and sweet, it just nourishes the soul and is the perfect accompaniment to some ice cream, a warm bed and Netflix. 😀

Granted the prep time is pretty long, seeing that a lot of it consists of allowing the yeast to prove/rise, however it’ll all be worth it in the end! Want to make some? Recipe below:


Dough:
1 cup of milk (you can use whole, but I used semi-skimmed)
1/4 cup of butter
3 and a half cups of plain flour
1/4 cup of granulated sugar
1/2 tablespoon of salt
1 small packet of yeast
1 egg

Vanilla and orange glaze:
1/4 cup of melted butter
1 tablespoon of vanilla essence
1 and a half tablespoons of fresh orange juice
2 cups of icing sugar
1-2 tablespoons of milk

1. Combine milk and butter in a microwave-safe bowl. Heat on high for 1 minute, then remove and stir. Continue heating in 20 second intervals, pausing after each to stir, until the butter is melted and the milk is warm to the touch but not hot. If needed, let the milk mixture sit for a few minutes until it is warm but not hot. In a separate bowl, whisk together 3 cups flour (not all of the flour), sugar and salt until combined. 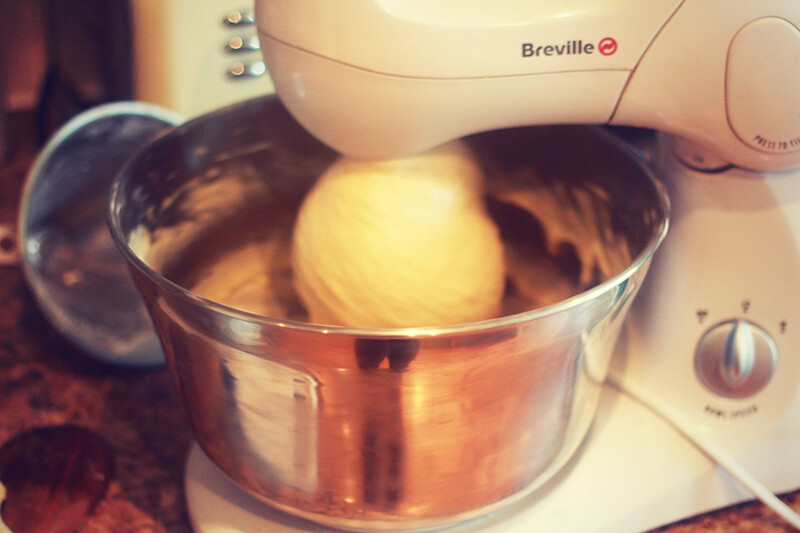 2. In the bowl of a stand mixer fitted with the dough hook attachment, add yeast and lukewarm milk mixture and stir by hand to combine. Add the flour mixture and egg, and beat on medium-low speed until combined. If the dough is sticking to the sides of the bowl, add the remaining flour, 1/4 cup at a time, until the dough begins to form a ball and pulls away from the sides of the bowl. Continue beating for 5 minutes on medium-low speed. Remove the dough hook and cover the bowl with a damp towel and let rest for 30 minutes. Meanwhile, make your filling by whisking together sugars and cinnamon in a bowl until combined. 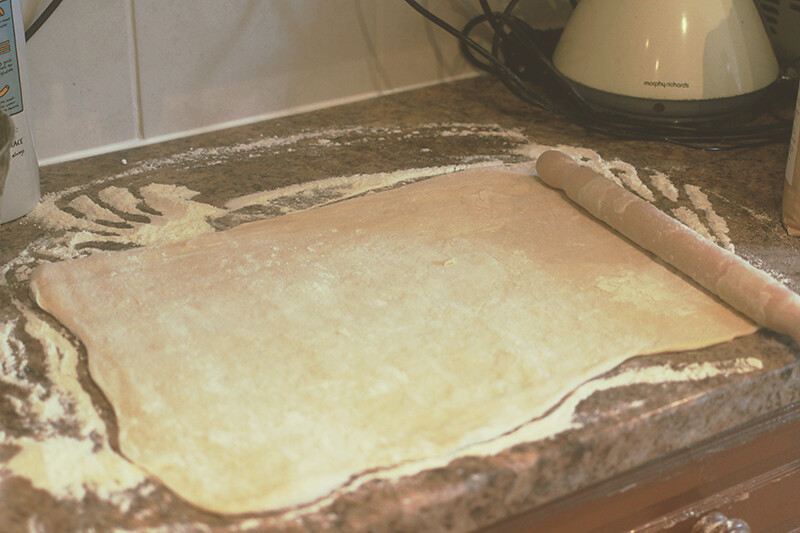 3. When the dough is ready, turn it out onto a floured work surface. Then use a floured rolling pin to roll the dough out into a large rectangle, about 14 x 9 inches in size. (If you want all edges to be even, you can use a pizza slicer to cut the dough into a perfect rectangle.) Use a knife or pastry spatula to spread the softened 1/2 cup of butter out evenly over the entire surface of the dough. Then sprinkle evenly with the cinnamon and sugar mixture.
4. Beginning at the 14-inch edge, tightly roll up the dough. And then give the final seam a little pinch so that it seals. Use a piece of dental floss* to “cut” off the two ends of the roll (an inch on each end – discard that dough) so that they are even. Then cut the remaining dough into 11 or 12 equal pieces. (11 rolls seem to fit in a pie plate, while 12 rolls fit in a rectangular pan.)
5. Place each of the cut cinnamon rolls into a greased pie plate or 9 x 13-inch baking dish. Then cover again with a damp towel, and leave the dish in a warm place to rise for 35 minutes.
While the dough is rising, make the icing by combining all the icing ingredients together mixing until your desired thickness (I like mine gooey :D)
When the rolls have risen, uncover the dish. Then place on the center rack of the oven and bake on gas mark for 15-20 minutes, or until the rolls are golden and cooked through. Remove and let cool on a wire rack for at least 5 minutes. Drizzle with your desired icing. Don’t be scared of pouring the icing all over the rolls; the glaze will set within 10 mins – no sogginess! 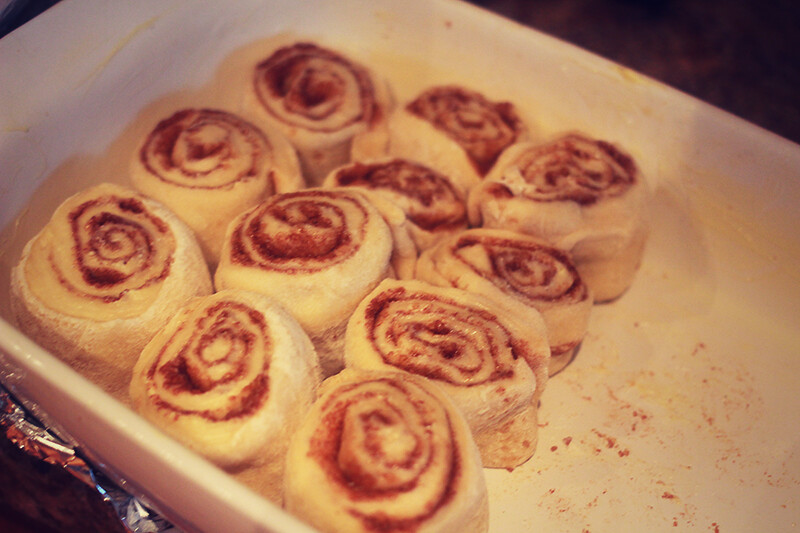 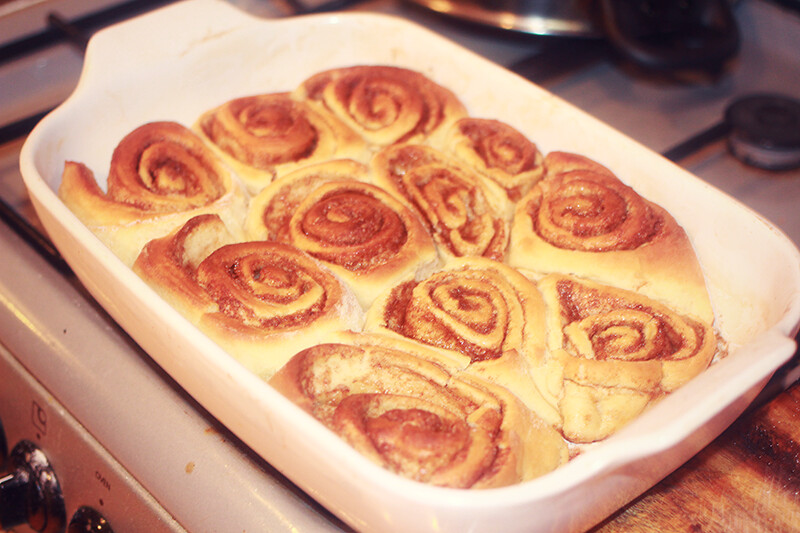 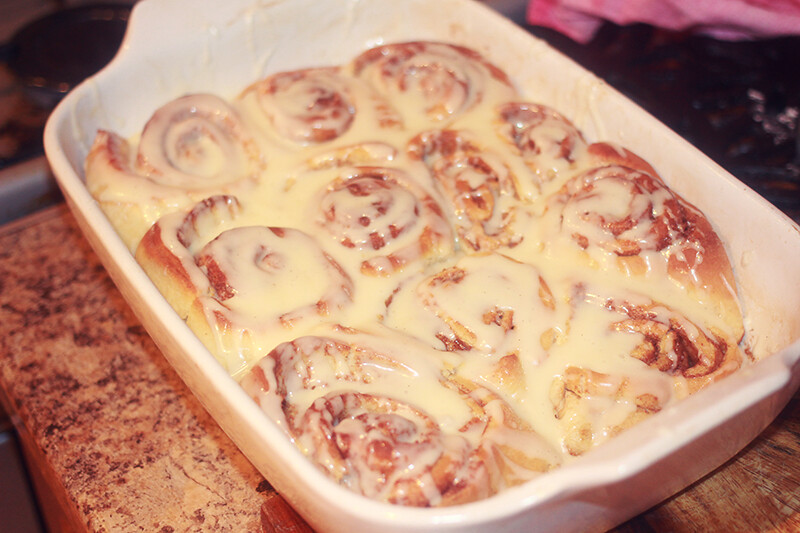 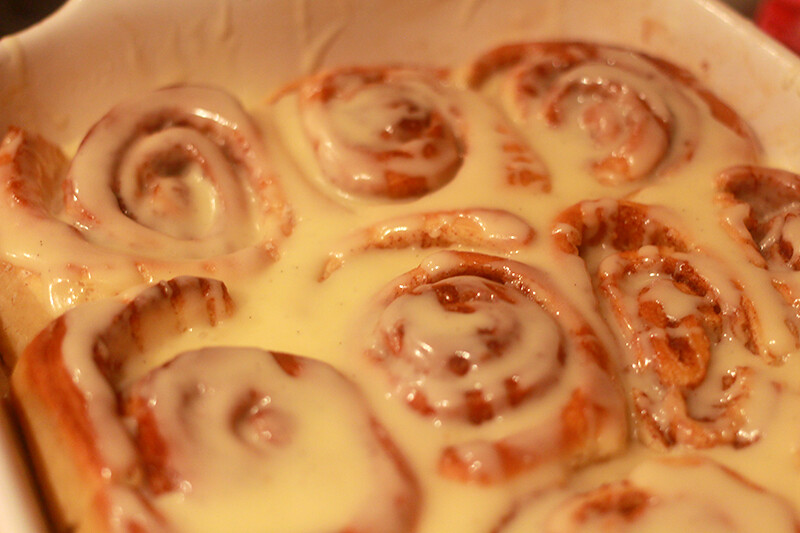 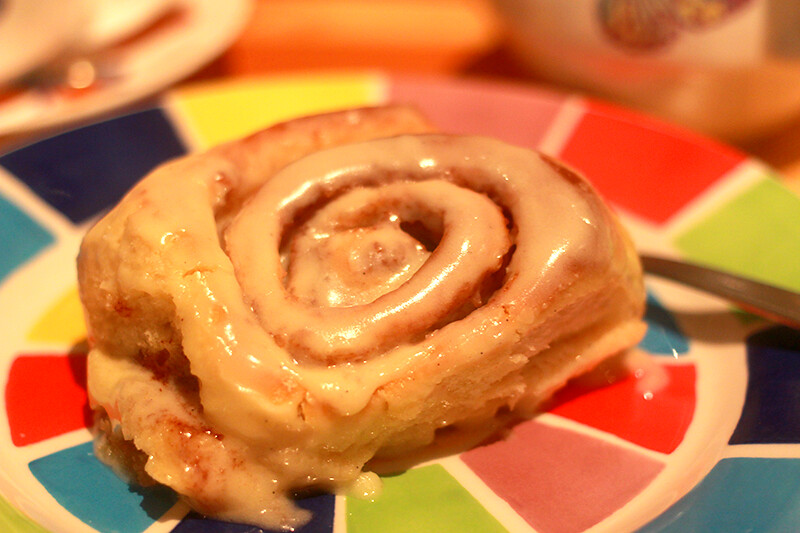 Help Save the Rainforest this Xmas with The Body Shop!

#MakeItThoughtful This Christmas with John Lewis