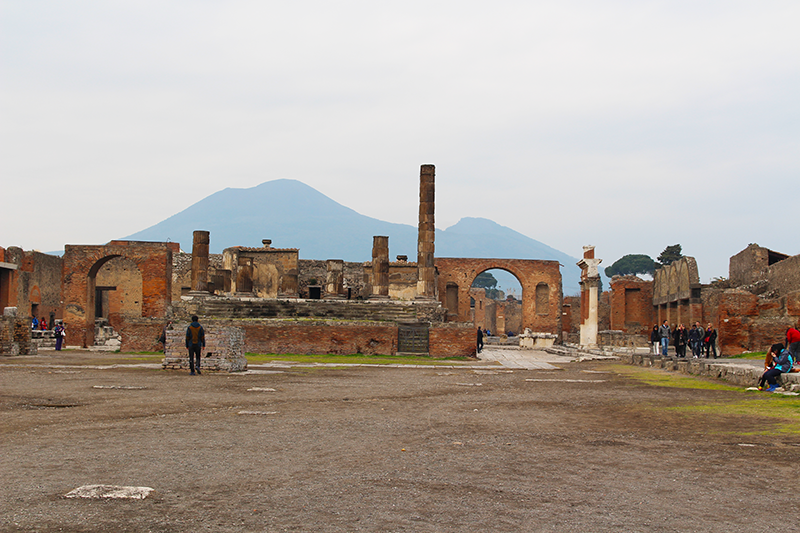 Hey guys! So today I’ll be writing about our short trip to the City of Pompeii, in Naples. If you’d like to see what else we got up to while in Italy, feel free to check out part one of my Italy post!
Pompeii is located about a good 30/40 minute drive or 30 minute train ride from central Naples, but is most easily accessible by the Circumvesuviana train heading towards Sorrento. As we were in the town of Torro Del Greco, it was only a good 20 minutes or so by the train, which wasn’t that bad. The City has been on my top 10 list of things to do before I die so to actually make it there was truly mindblowing for me! 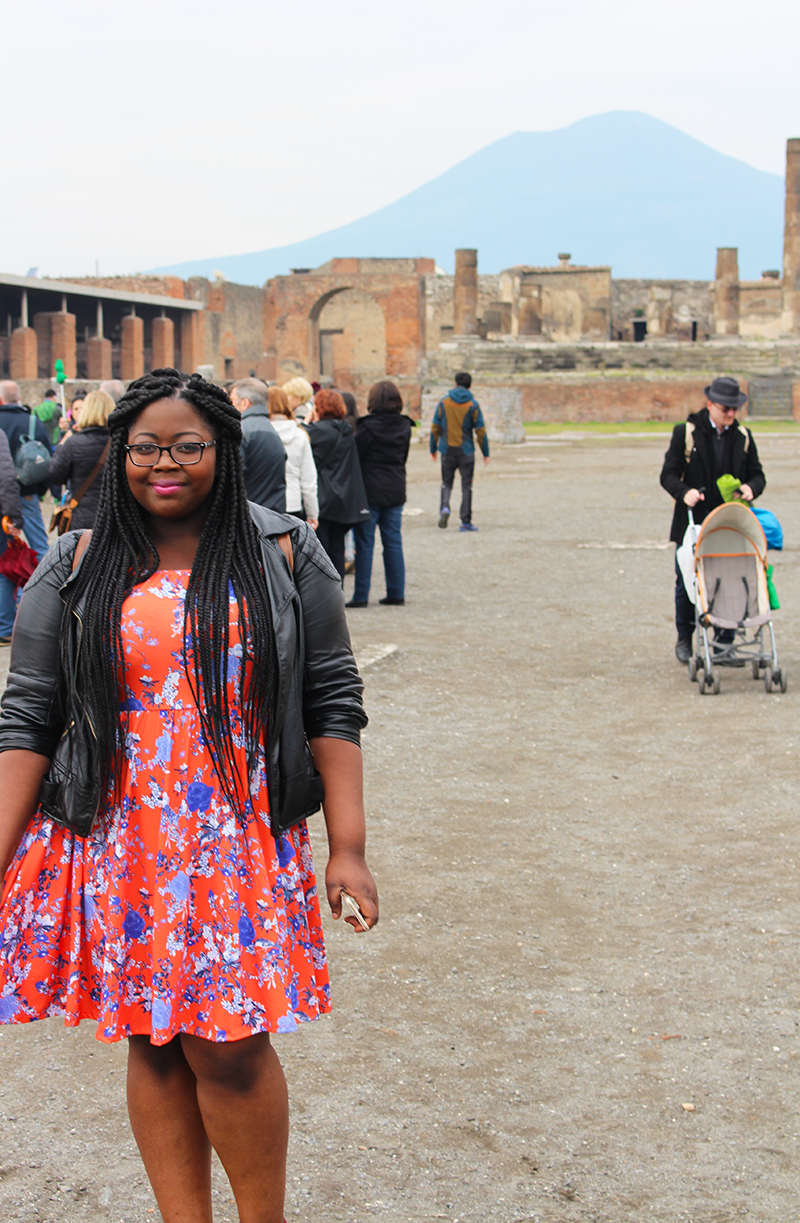 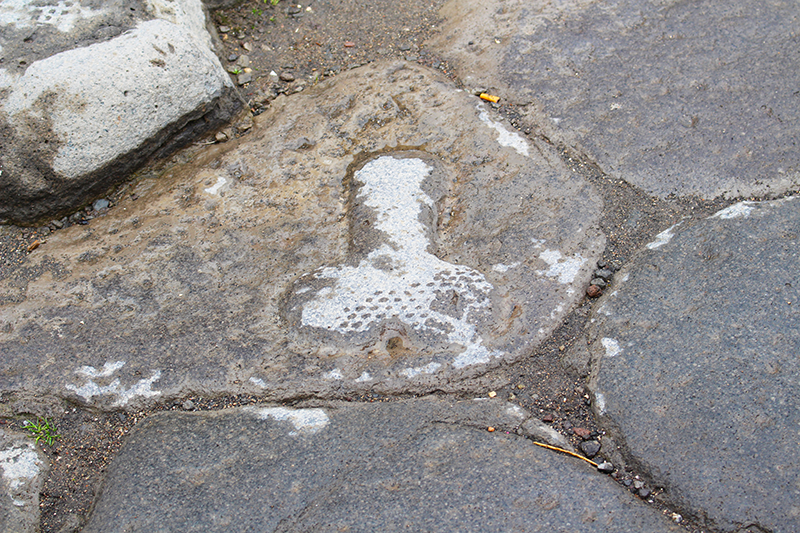 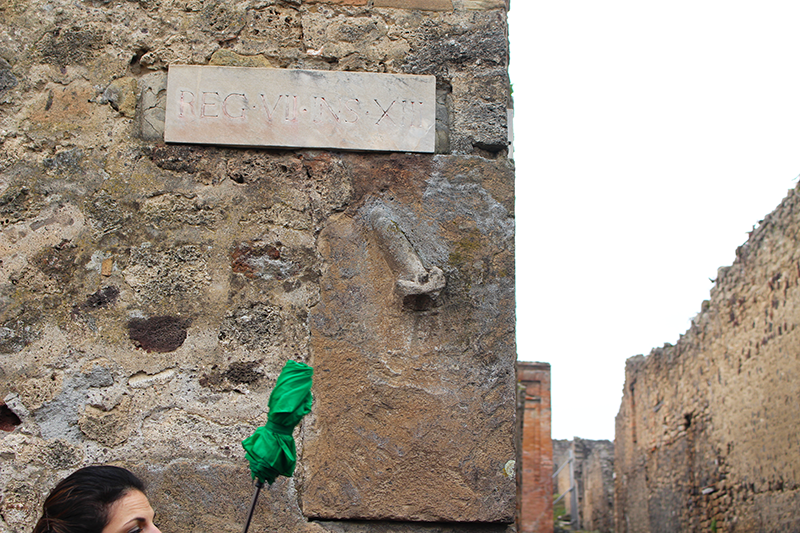 Phallic signs pointing to the brothels. YASSSSSS!!!!
If you do plan on going to Pompeii one day, DO NOT UNDER ANY CIRCUMSTANCES buy the tour or entry tickets in the UK because you would be getting ripped off big time. I was quoted £85 by British Airways at the time of booking the flight to which I mentally responded “f**k that!”; we waited until we got to the main entrance and were charged a total of perhaps 30 Euro; this price includes the entrance fee and the tour. It is possible to just go for the entry fee, but to do that is to miss out in my opinion as the guided tour brings everything to life and was well worth the extra few Euros.
The city itself was huge, however we were only taken around half of it as the rest is still in the middle of being excavated from the volcanic debris. While being shown around, we were told about the every day lives of the people who lived within its walls, we were taken to see the local knocking shop (read: brothel, which I was particularly fascinated with LOL) and shown real life remains of a couple of the victims of the volcanic catastrophe, covered in layers of ash, debris and plaster. We were able to enter a Roman nobleman’s house and visit the Forum, which was the main hub of the city. 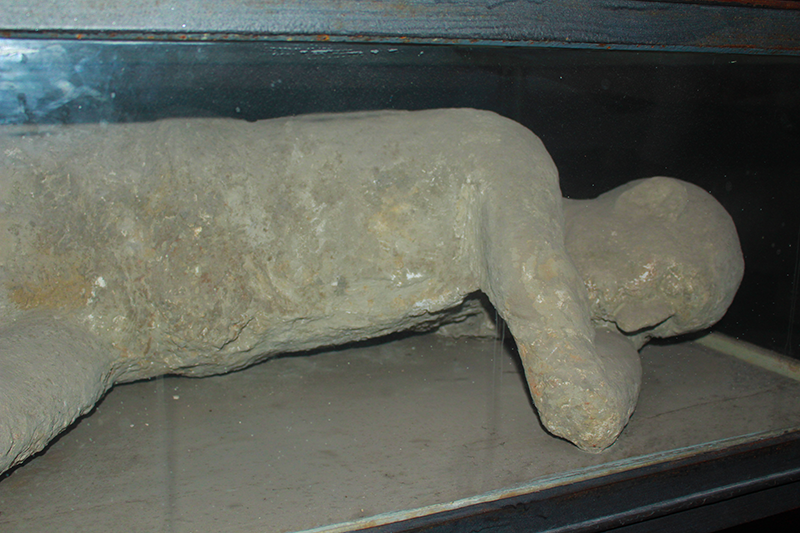 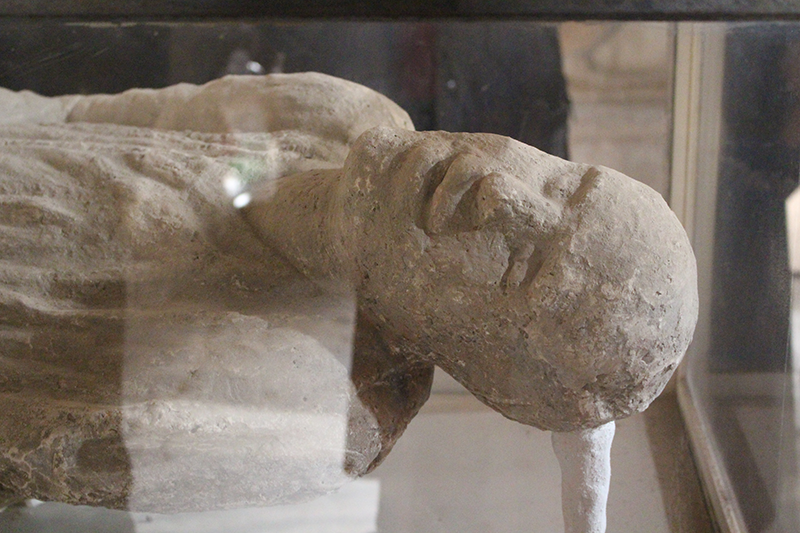 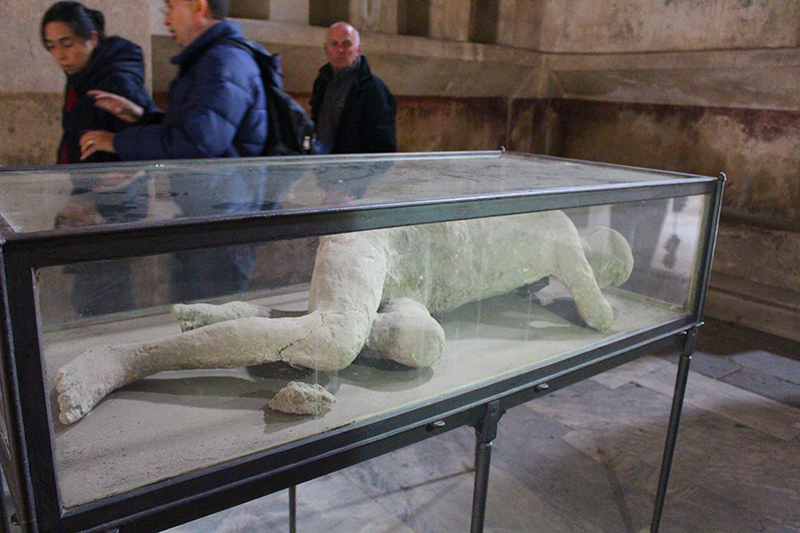 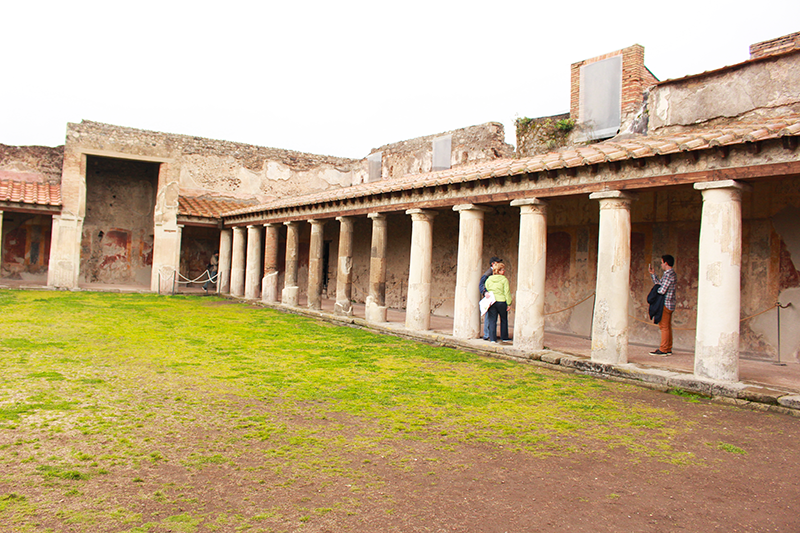 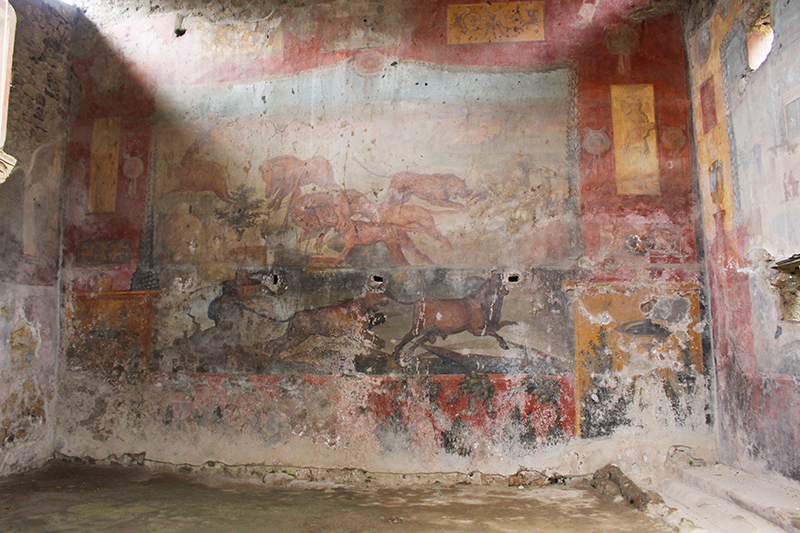 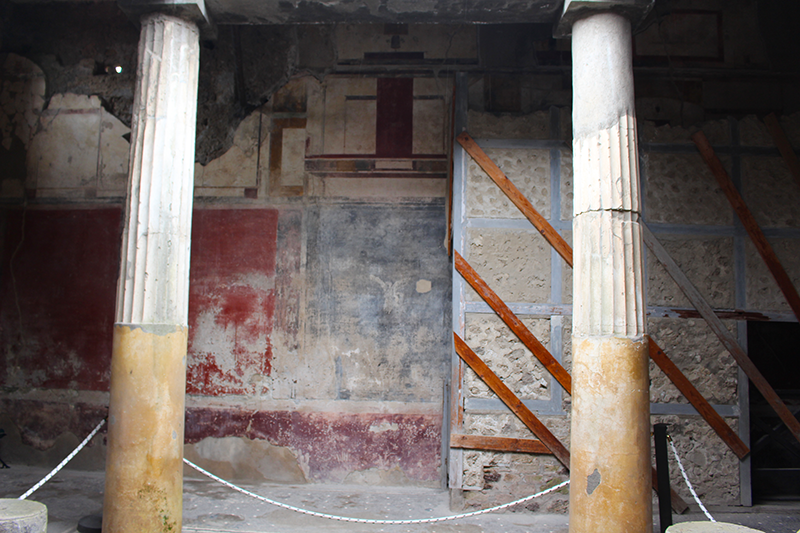 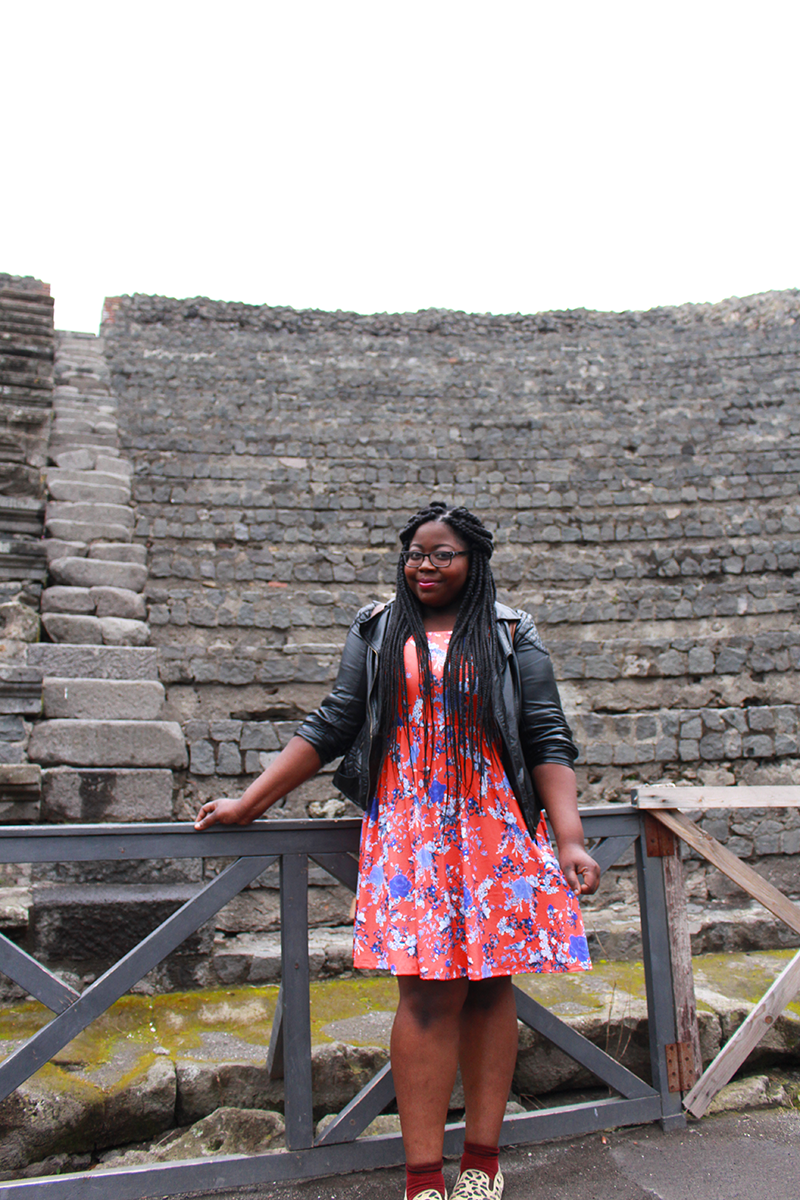 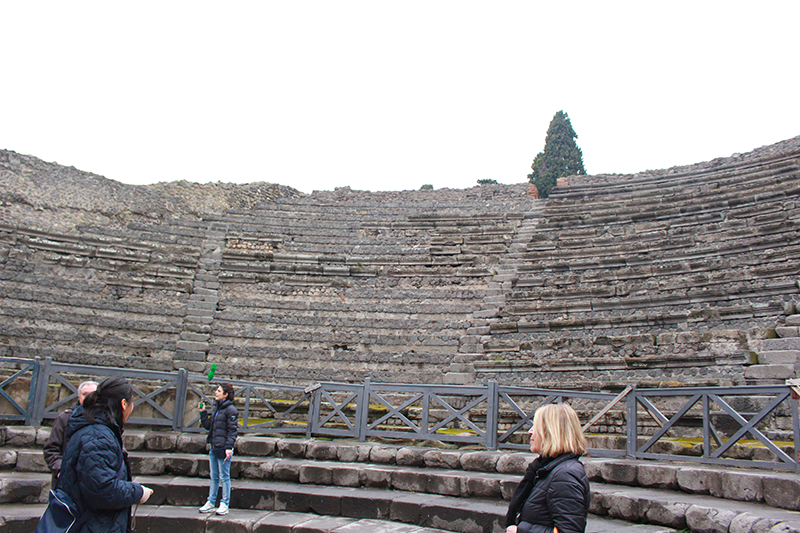 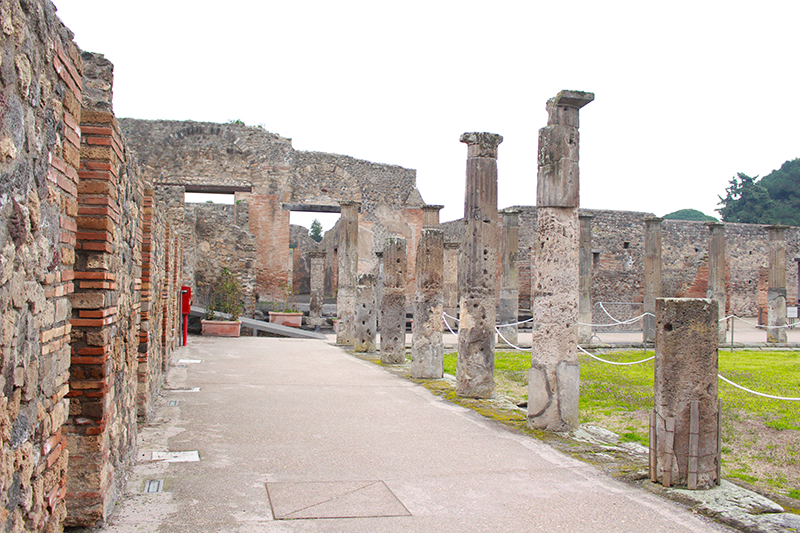 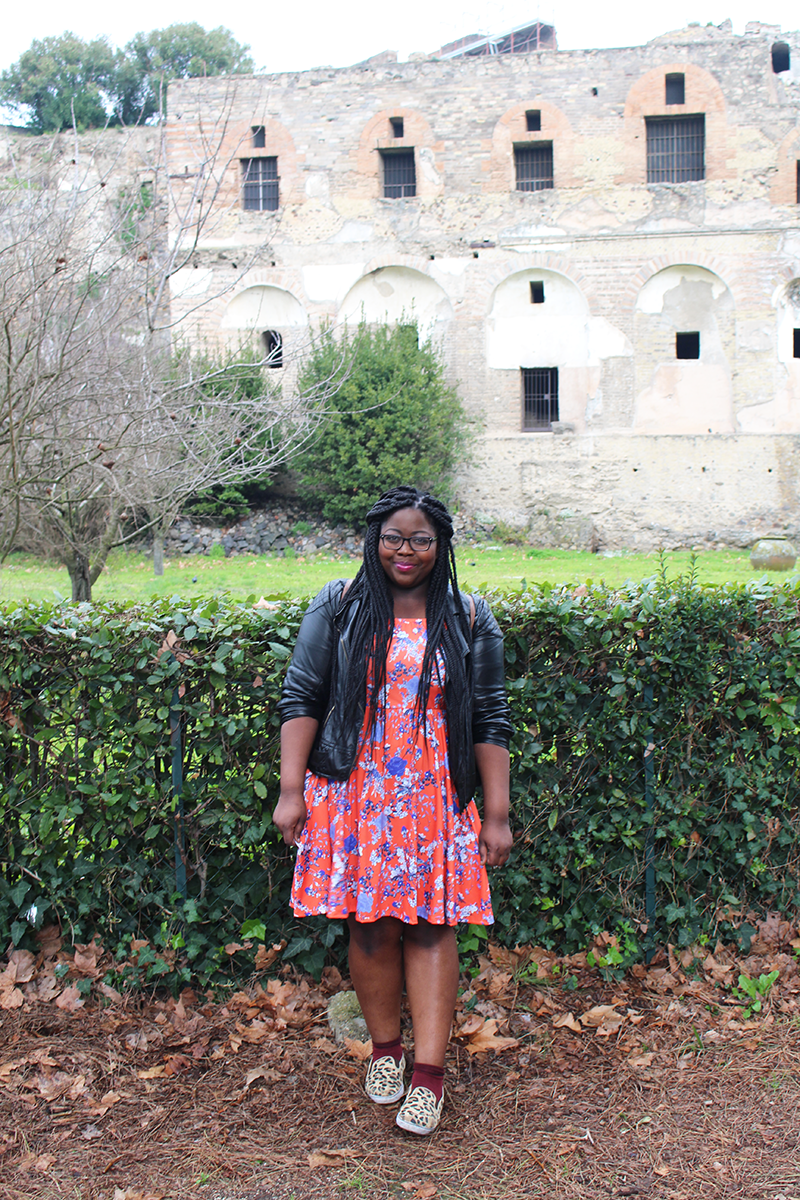 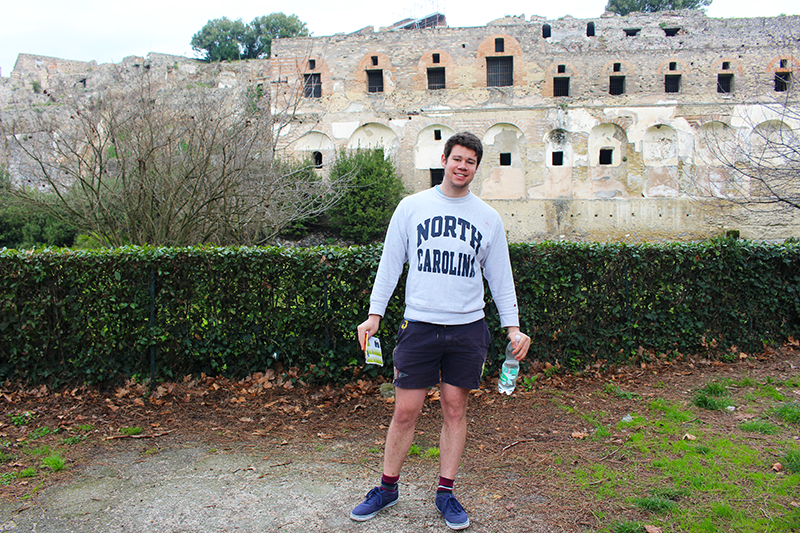 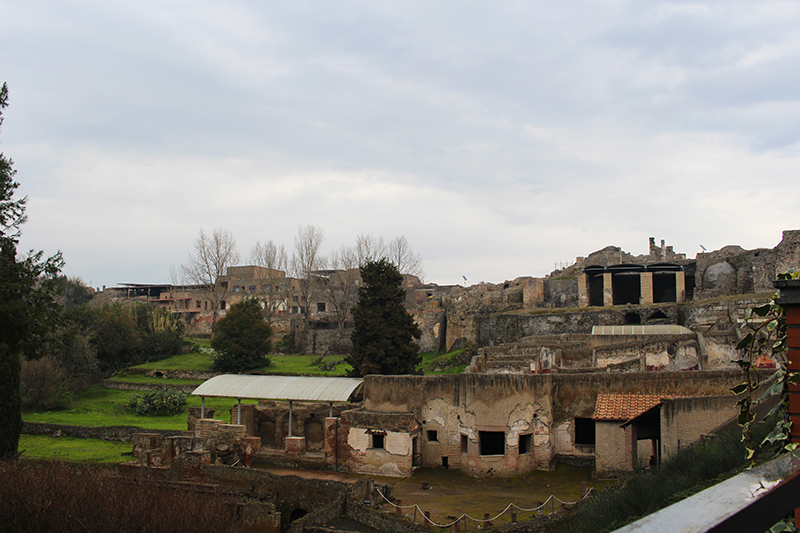 It was truly an amazing and humbling (albeit slightly nerve-racking, as Mount Vesuvius is still very much an active volcano and was 5 miles away from us O_o) experience which I would gladly do again! It’s a very worthwhile trip if you’re into all things Ancient Roman and would thoroughly recommend.
Steph’s Tips/Info for Doing Pompeii
– Sunday is probably the best day to go, as it is less busy.
– It’s best to leave early, as the tour provides 2 hour and 5 hour tours, with the latter including a trip/hike up Mount Vesuvius, which you would reach via mini-bus.
– DO NOT WEAR ANY SORT OF HEEL OR PLATFORM. NOT EVEN A KITTEN HEEL. I nearly made that mistake and made the wise choice to quickly change into my plimsolls before leaving. The ground is extremely uneven because #AncientRuins and is located on a hill, so pack a pair of Timbs/New Balances or something similar in comfort.
– As I stated before, please buy the tickets at the entrance to Pompeii as they are much cheaper than buying them in advance.
– Take some water and perhaps a small snack or energy bar, as you wouldn’t want to stray from the main tour. Also, use the bathroom before you start, as the toilets are available at the END of the tour.
– Pompeii is very easy to get to; it is on the Napoli to Sorrento Circumvesuviana train line (which is blue) – as soon as you leave the station, the tour entrance is about 20 yards ahead on the right hand side.
–  It’s worth considering the hike up Mount Vesuvius if you’re feeling lucky, as the views from the top are said to be UH-MAZ-ING. Bear in mind however that the volcano is still active (the only active one in Europe) and is reportedly due to erupt at any given time within the next 3 years or so. Even though it is EXTREMELY UNLIKELY to erupt any time soon, I’d bear it in mind….yep. 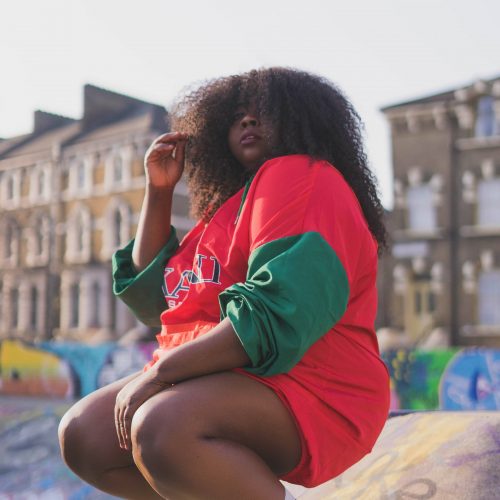