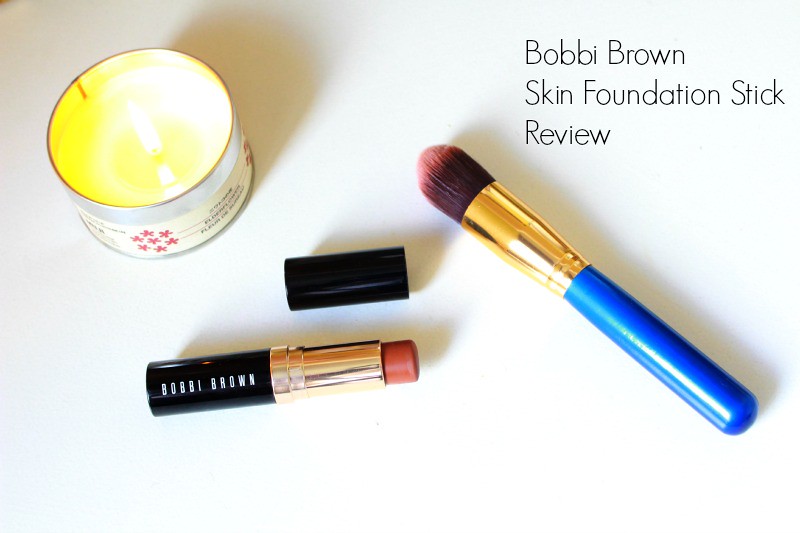 Bobbi Brown has been one of those brands that I haven’t used as much to be honest; at first I thought it was because of the premium price, however I realised that I’ve never really seen that many reviews on their products, especially when it came to their foundation ranges, however a couple of weeks ago after browsing through the ranges at Duty Free, I bit the bullet and decided to purchase their Skin Foundation Stick in “Chestnut” to try, and guys, I don’t think I can look back. Let’s talk about it! 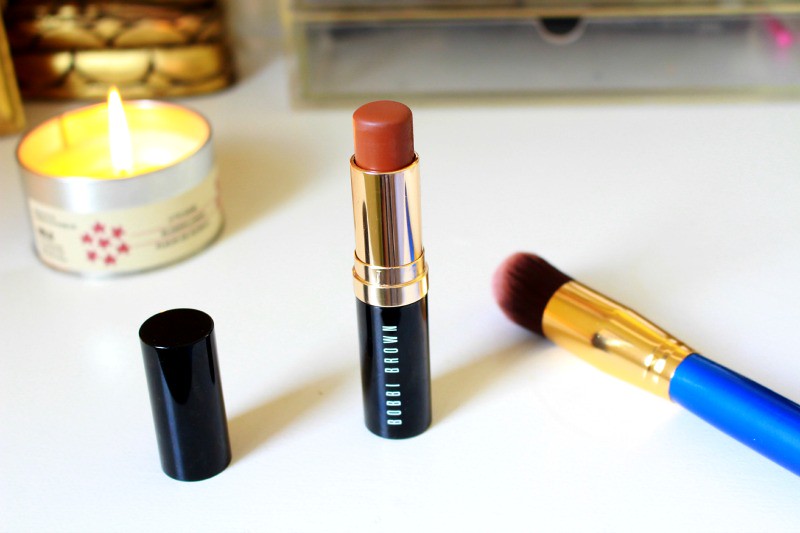 Available in 24 shades, the Skin Foundation Stick is apparently one of Bobbi Brown’s best selling foundations and has won countless beauty and magazine awards over the past 5 years. The foundation stick is said to be tailored to suit all skin types and contains a blend of emollients such as olive extracts and shea butterto help moisturise the skin while locking the foundation in. Light diffusing powders and oil-controlling minerals are said to help perfect the appearance of the skin while reducing shine even in sweat, water and humidy. Strong claims right? 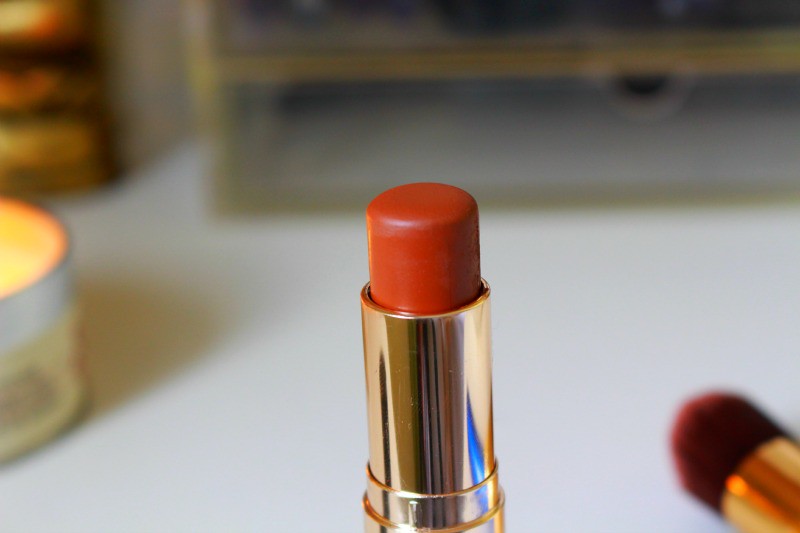 Shade and texture I purchased the shade named ‘chestnut’, which is the 2nd to last, and the second darkest shade within the collection. For reference, my MAC colour is a NW50. Now it’s a bit of a rarity in that Chestnut is exactly the same shade as the majority of my face which is brilliant and means that I don’t have to go through the trouble of mixing and matching different foundations to get the right shade. Now everyone has their own way of applying stick foundations; some people use their hands, some use beauty blenders and some run it across their face Simba-style and rub it in with a brush. I have tried applying the foundation using both a beauty blender and my foundation contour brush (which I acquired in a set of 5 contour brushes for a £5.59 on Amazon!) and there are stark differences in application. When applied using a beauty blender, you get heavier coverage. Seeing as I prefer my coverage to be as light as possible, I run the stick across my face, then blend using the contour brush. The texture of the foundation is exceptionally light. With the formula being cream based, I would have assumed that it would be very heavy, sticky and greasy, however it is the complete opposite. The foundation is creamy, but most of all it feels weightless on my skin; I don’t feel as if I have any makeup on with this and that’s a win in my book.
Longevity and finish I’d say that the stick provides a very natural semi-matte finish, however it is not oil-free. Seeing as I have an oily T-Zone, I’ve always tried to stay away from oil-containing products, however so far I have not had an oily breakouts from using this which is pretty good. I typically set the foundation with my MAC Natural MSF and I;ve found that I rarely need to touch up when out and about. In regards to longevity, I’d stay it stays on for a good 8 hours or so. I’ve found that with this foundation, I end up using a lot less product as the coverage is really good and so it makes it less of a chore when it comes to removing it. 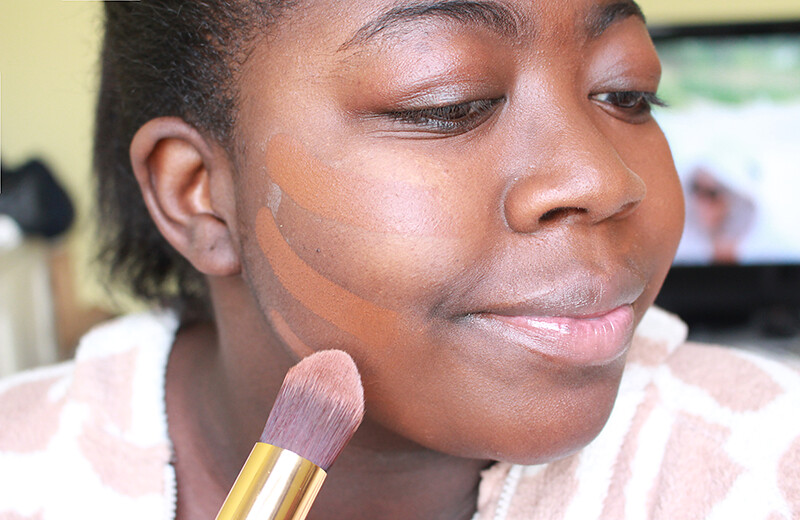 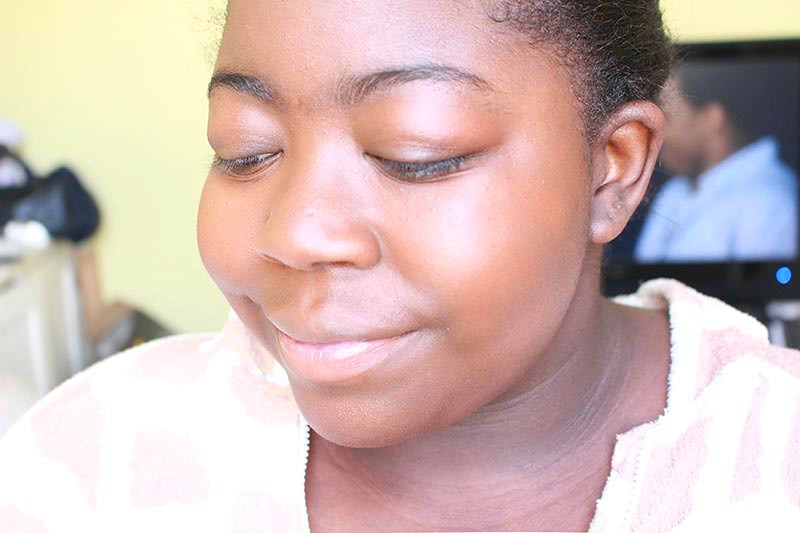 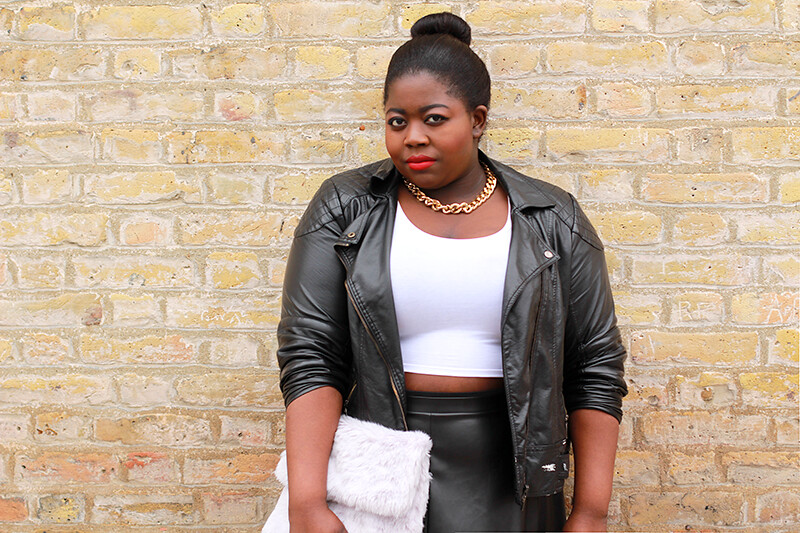 ^^ I’m wearing the foundation in my most recent style post as well!
Conclusion
Honestly, I love it. Now I know I say this about the majority of foundations I review, but with this one I really mean it. The weightlessness of the formula is the winner for me here as it feels like i’m wearing nothing at all, and I love that I don’t need to use a lot of it in order to gain full coverage. With that being said, because it is a stick foundation it’ll finish a lot quicker than if it were a liquid, meaning more repurchasing of something which is premium priced but to be honest, I wouldn’t mind paying for this again because the payout is excellent. I’m a big fan of light, flawless coverage and this ticks all the boxes, however it’s also nice to know that in the event that I wanted to go heavy with the coverage, it can provide that too. I think the foundation would suit those with combination skin like myself and dry skin. For those with oily skin, I’d recommend using an oil control/matte primer underneath. My prime (ha!) pick for thise would be the KIKO Mat Base Corrector Primer, which I use sometimes underneath this foundation, it’s a brilliant primer that does a good job and keeping oil and moisture at bay. All in all, I’d give this a solid 10/10 (yes really!) and the folks over at the Bobbi Brown counter can expect to see much more from me over the next year!
Bobbi Brown Skin Foundation Stick – £29.50 // Available online and at Bobbi Brown counters worldwide (if you are darker skinned, it’s worth ringing your local concession stand ahead of time to see whether they have your shade in stock!)

Have you tried the foundation stick? What are your thoughts?

For the Stubborn Water Drinker: The Sodastream