Why I'm no longer taking my health for granted 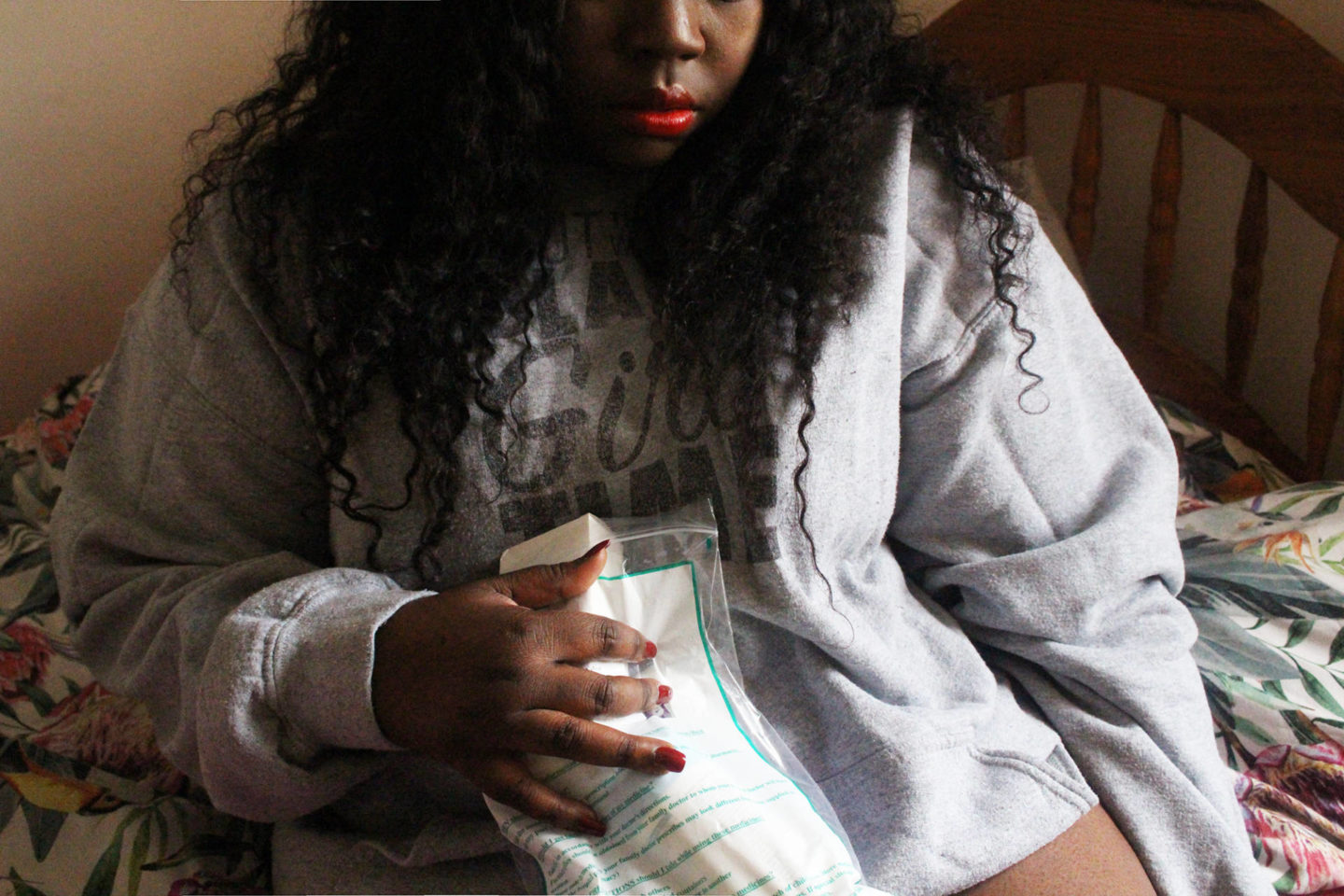 I’ve always taken my health for granted, to be honest.
Growing up, aside from the Asthma I inherited from my Dad which is well under control and a bit of Anemia that manifests itself via rare bouts of tiredness and cold hands, I’ve always had relatively good health.
I’m agile, pretty flexible (you wouldn’t have thought that, would you? Well HA), my blood pressure has always been on point, sugar levels are great, good heart, a ‘really healthy liver’ (according to my consultant) and I’m meticulous with getting check-ups every 3- 6 months. The only times I’ve ever visited the Dr/hospital were to treat bullying-related injuries or to get injections for travelling. So yeah…I’ve always felt really healthy and have never had second thoughts about the state of my health. I don’t say all the above to show off by any means, by the way as I am more than aware that I am privileged as an abled person: I’m merely setting the scene for the impeding fuckery.
Girl when I tell you that all changed in November of last year?! It was a day when I genuinely thought I was being called up to the Upper Room to meet my main man Jesus. I remember getting extreme pains in my abdomen that woke me up from my sleep. Thinking they were just good old period pains, I took some Ibuprofen and went back to sleep.
Well, I tried to. The pains worsened and began to spread to my back. It was the kind of pain that I would absolutely never want to experience again. I don’t know why, but I honestly thought for a whole 5 minutes that I may be going into some kind of weird delayed labour; you know you hear those stories of people giving birth to their unborn conjoined twin years later?? DON’TASKMEWHYIDONTKNOW.
I couldn’t stand up straight, I began haemorrhaging on the floor and instead was only able to crawl on all fours and scream for help. I called the non-emergency medical helpline 111, who then told me to call an ambulance as they thought it was my gallbladder.
I was rushed to my local hospital (coincidentally being taken by the paramedic I used to fancy back when I worked at the hospital. There’s nothing like having your old crush mop up your bloody fanny amirite) and was given gas and air (which btw…is fantastic) to curb the pain.
After 4 hours in A&E, 5 days in hospital, 4 days of being nil by mouth, a plethora of vigorous and intrusive internal probing and scanning, one misdiagnosis, one hilarious CT scan (which I kinda sorta live-tweeted), and many many milliliters of morphine later, I was told that I had 3 grapefruit-sized fibroids attached to my ovaries and uterus. The reason for the massive “abdominal” pain was that one of the fibroids had ruptured.
It had burst inside me. I was essentially that dude in that one scene in Alien. They don’t know when they had appeared, or why, but what they did tell me was that black women were more prone to developing fibroids than any other race. 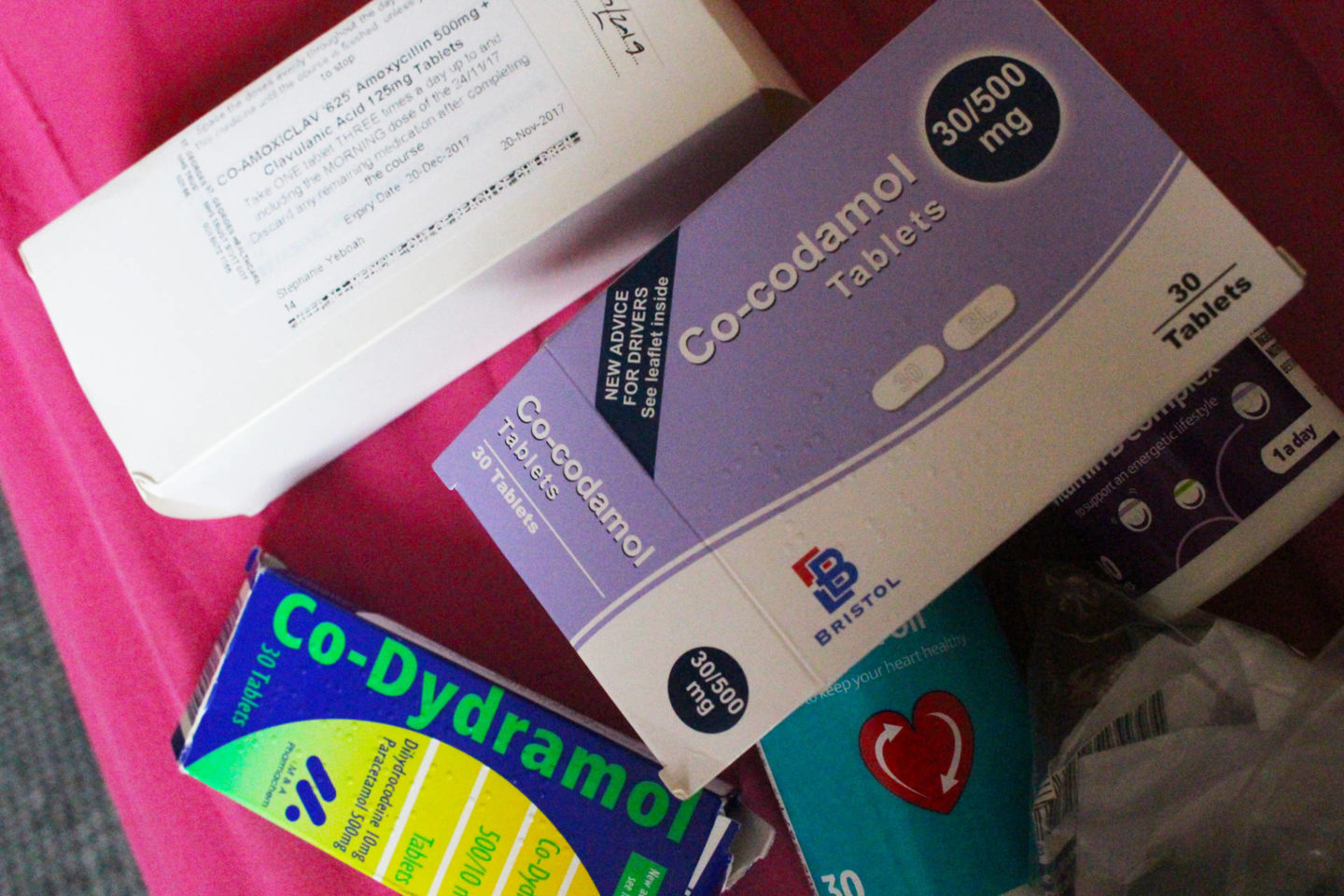 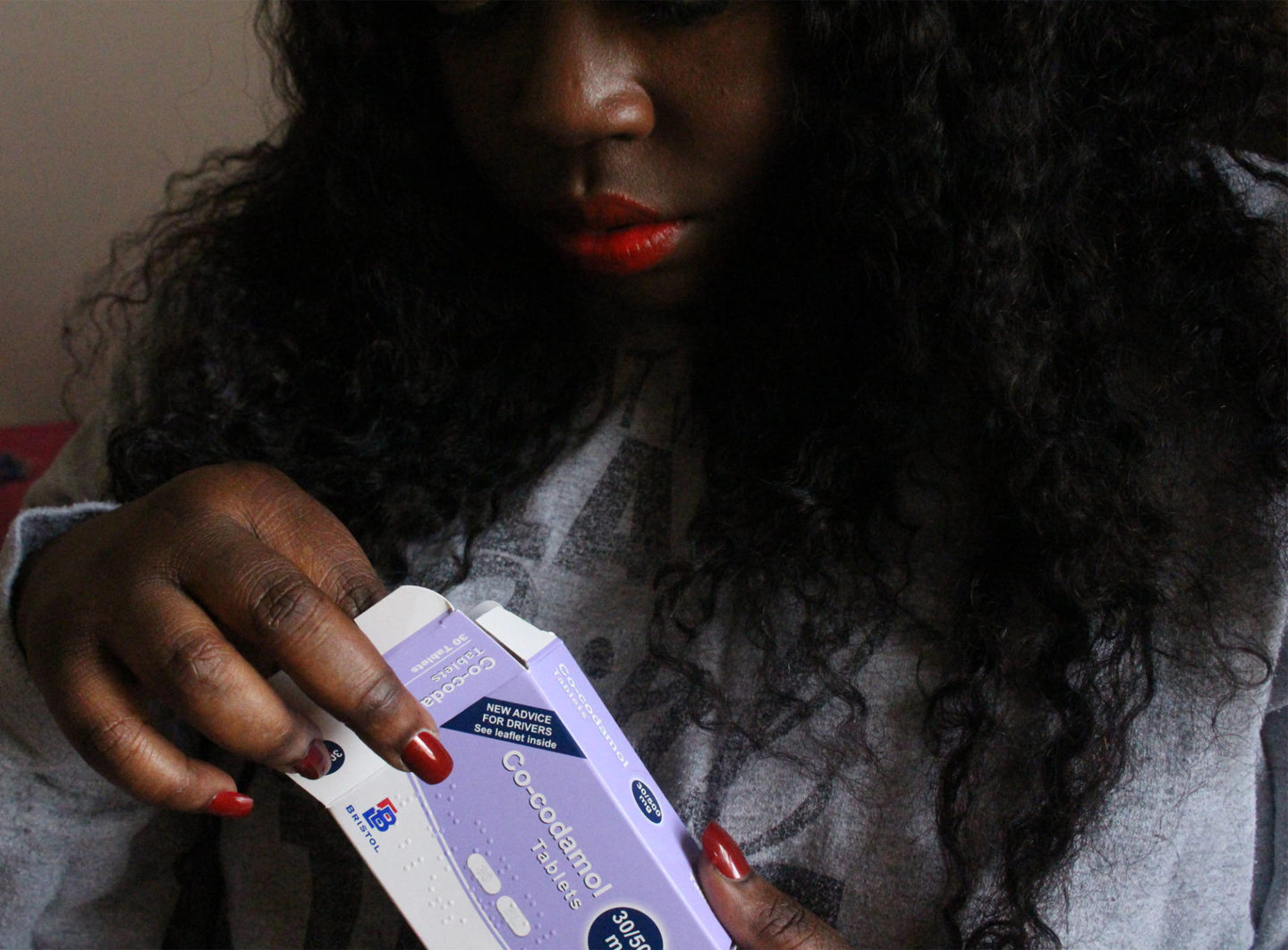 Not going to lie, I was and still am quite scared. I will hopefully start receiving treatment and management for the fibroids this month as they can be quite serious and in some cases, cause infertility. Upon leaving the hospital, I was prescribed some painkillers for the pain to last a couple of months.
Not to wax lyrical, but co-codemol (which you can get inexpensively online now) is literally saving my life every day. The doctors aren’t sure why I’m still in pain and until I get a solid appointment with a consultant, I’ve been taking a couple of tablets a day to ease the pain. It’s not something I particularly like, as I know how easy it is to become addicted to strong painkillers, however, I can’t deny that they have had a good effect after a few months after they are incredibly good at targeting the pain and eradicating it for a few hours. I’ve now gone from taking two to one a day, and have rallied in my good old friend Mr hot water bottle at work to help when things get a bit rubbish.
To wrap up, fibroids are shit – and it’s still an ailment I’m trying to do loads of research on so I know what my options are. I’m trying to limit my intake of red meat, coffee and anything else that carries loads of estrogen, as it can make them larger, but it’s still an ongoing process. All I know is that I’ll never take my health for granted again and what’s more, it’s really made me appreciate the fact that I am abled and to be more aware as well as educate myself on hidden illnesses.

Do you suffer from fibroids? If so, WYD? Tips pls.

Events | The #BloggersTeaParty: All the fun