I trust you’ve all had a lovely festive season and are feeling refreshed, revitalised and ready to head into 2019. I spent NYE working until around 4am unfortunately. Not for any specific reason to do with work (I love my job but I’m no Martyr), but because of my sleeping patterns.

I was diagnosed with insomnia in my second year of University as I was going through an intensely emotionally stressful period which resulted in me going without sleep for days on end (my uni life was a MESS, fam). After graduating Uni, the condition never really went away. I was given sleeping pills, but discarded them after a while as I could start to feel the prickling of dependency after a while, and given my mental state at the time, it wasn’t a road I was willing to go down.

What makes it even BETTER is that I also have Anaemia. Wunderbar! Fantastic! While not severe, it means that I feel the cold extremely harshly, and despite loads of sleeping tips which tell you to keep the room cool in order to lower your temperature, I cannot sleep in a cool room (unless it’s Summer obvs) as your girl starts shivering up a storm. Anyhoo, to cut a rambling story short, I normally tend to get around 3 hours sleep on average and my sleep cycle is trash.

Or ‘was‘ trash? Because in today’s post, I’m going to have a chat with you guys about some products that i’ve been using for the past three months in an effort to improve my sleeping routine.

I know I know. I too, was skeptical. People have been touting meditation as a way to get to sleep for ages and I could never get on board because my mind is continuously racing (also a lot of these meditation apps are expensive!) however for the past 3 months, I’ve been using a free meditation app called ‘Insight Timer‘, which has been EXCELLENT, as it features thousands of user-submitted meditation exercises from yogis and gurus all over the world.

The meditation exercises can last anywhere from 5 minutes to 2 hours and are tailored depending on what you want to gain from the session. There are specific audios to induce sleep, to relax, to go to work and plenty of others. I have used previous subscription-based apps such as CALM and Headspace, however I much prefer Insight Timer purely for the variety in voices, music and exercises.

Average time it takes for me to fall asleep: 15 minutes.

As for Audible, I downloaded it last month as they were doing an offer which I fully took advantage of. I find audiobooks tricky, because I always prefer to read books as it helps me visualise the characters and story better. in fact, the only books I’ve listened to on Audible are the Harry Potter books, because I don’t really need to concentrate on those, do I?

On the days when I’m not using meditation apps or ASMR videos, I’ve been listening to ‘Mythos’ by Stephen Fry, whose soothing voice just sends me away. Honestly, Stephen Fry should come out with his own app where he just reads the newspaper or something, because his voice ALWAYS tends to not only entertain me, but sends me into a deep sleep. He’s great!

Average time it takes for me to fall asleep: 25-35 minutes

ASMR (Autonomous Sensory Meridian Response) is the new kid on the Youtube block and has become an instant hit with those who suffer from bad sleeping patterns. With ASMR, Youtubers tend to gather a wide range of ‘noisy’ items that they then play with next to high frequency left and right microphones that pick up every single sound. It’s best to listen via headphones as the noises literally bore into your brain. Now, ASMR doesn’t work for everyone, as there have been some people who have said they have been unaffected by the noises but for me, I’m extremely sensitive to it.

My favourite ASMR youtuber is ASMR Magic, who has hours of videos dedicated to helping people either relax or fall asleep. When I listen to specific sounds (like crunching plastic or fingernails tapping on a hollow piece of wood), my brain gets very tingly and sends physical shocks down my spine. It’s absolutely bizarre and amazing; almost like an orgasm, but a braingasm. It’s wonderful and I’d definitely recommend it.

Average time it takes for me to fall asleep: 7-10 minutes

I was 29 years old when I found out (on Twitter obvs) that you aren’t supposed to sleep with your electric blanket on the highest setting the whole night. Up until then, I had been doing that with my old blanket for over 4 years. Gulp.

I’m one of those people who cannot feel the heat unless until it’s on the highest setting possible. I want to feel the steam rising off me before I can get a kip, however I don’t want to burst into flames so I decided to invest in an electric blanket that can be timed using your iPhone. Technology aye?!

I recently bought the Silentnight Dual Control Electric Blanket and the Smart Plug and it’s been one of my best investments EVER. Don’t get me wrong, it’s a regular schmegular electric blanket that works fine, but the fact that I can now time it to come on and off by pressing a button on the accompanying Silentnight app has changed my life. Just so you know, in order to use the smart plug and app, you’d need to have an Alexa device to set it all up.

It doesn’t necessarily even have to be your Alexa, you can set it up at a mates’ house, then take the smart plug home to use. I now time my blanket to stay on for around 4 hours or so throughout the night, and if I’m coming home late after a night out, I can turn the blanket on while on the bus 10 minutes away, then slip into bed like a warm, toasty burrito. It’s BLISS.

Why didn’t anyone tell me before how awesome memory foam was?! All my life I’ve been sleeping on duck feather pillows like a common peasant when I could have been living it up on foam. One good thing about meditation is that it’s been slowly training me to sleep on my back (which is the best way to get a good night’s sleep and posture btw boys and gals) and so I’ve been using these Deluxe pillows from memory foam brand Otty. These pillows are the best for those who sleep on their side and on their back and I’ve found that they are incredibly supportive on my neck and upper back.

I won’t lie – I struggled the first few weeks with these pillows as I’d never used memory foam before and wasn’t used to being so low to the mattress. These aren’t the kinds of pillow you can ‘fluff up’ to elevate your head (which is what I was used to before) so it does take some getting used to. Once you figure out your positioning though, it’s great. The foam melts to my head and neck and leaves me free of aches and pains in the morning, which is what I used to get when I would wake up every morning. The pillows are dear in price – yes, BUT are they absolutely worth it? YASSSS. Even Daffy Duck’s feathers could never.

Silentnight are back it again and have collaborated with candle brand Wax Lyrical (gr8 name btw) on a range of candles and diffusers designed to help you unwind, and to send you into a peaceful sleep. I’ve been using the Lavender & Chamomile candle for about a month and it’s been quite lovely to be honest. I’m a huge fan of lavender as a way to send one off into the Land of Nod and with this candle, the scent isn’t too overpowering. While the candle doesn’t send me to sleep, it makes me feel extremely relaxed and quite drowsy, which is what you kinda want, really.

Hands up if you suffer from Seasonal Affective Disorder (SAD)!

Now, I didn’t really think I suffered from this, at least not to the extreme, however I have been recently noticing how groggy and rubbish I would feel when I would wake up in complete darkness, and how it would generally set the tone for the rest of the day.

I was kindly sent the Bodyclock Shine 300 from Lumie and it’s been an EXCELLENT addition to my sleep schedule. I’ve switched from my usual lamp to the lumie lamp as my bedtime lamp as I prefer the light level, and it has a ‘sunset’ setting that can help you go to sleep in which the light will dim every 10 minutes or so for half an hour until it turns itself off. The same happens with your set alarm every morning, in that instead of just being your standard beeping alarm, you can set the alarm to play different sounds (mine is currently set to birdsong), and the daylight lamp will begin to get brighter and brighter every ten minute – mimicking genuine sunrise – until it’s at its brightest light level, which you can also customise.

I find that this works best with the curtains drawn too, as I have quite thick curtains so its almost like I’ve got my own mini isolated sunrise in my room every day. I definitely recommend giving this a purchase, especially in winter if you tend to feel groggy and a bit lethargic in the mornings.

If I were to list my top favourites of this list, I’d definitely have to say the ASMR videos combined with the Lumie light and the pillows have made the biggest difference in my sleep schedule. I can now sleep for up to six hours since making these changes, and due to the Otty pillows, I no longer get that congested feeling when i’d sleep on my back, and my aches and pains are gone. I’d love to know what you guys use to fall asleep, and whether you’ll be trying any of the tips above. Let me know! 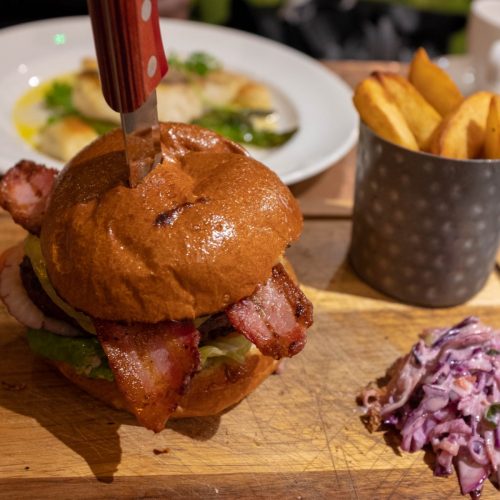