I was debating on how to start off this post.

Should I go down the “It’s been such long year and a bit and we’ve all been through it etc etc” monologue? Should I start off with something a bit more sentimental? Do I need to justify travelling to an Amber country (even though restrictions have loosened?).

And then I thought? “Why should I?”. As a meticulous planner (#Taurus4Lyfe) who’s lived alone throughout the Pandemic, I consider myself responsible enough to be hyper-aware and careful, thus not feeling the need to have to answer to anyone but my bank!!

Travelling is something that I have MISSED so much. Visiting Prague and Venice in 2016 really opened my eyes to the treatment I receive due to my race and weight when not in the UK, and so I’ve kinda made it my mission to try and document where possible, as much as I can regarding travelling as a fat woman/black woman in this big ole’ world – complete with awesome photos of course, as travel (both cost-effective and luxury) should not just be seen as an opportunity for slim/white people, who we often see marketed prominently in travel marketing material. Anyway, enough about all that. You’re here for Santorini! I’m splitting the post into two parts as I stayed at two hotels and want to make sure I give each one adequate coverage.

– Make sure you complete the Passenger Locator Form for Greece. www.travel.gov.gr

– COVID test 2 days prior to flying back to the UK: Done online! I ordered a test from breatheassured.com and the test arrived the next day. Packed it in my suitcase and booked a Zoom appointment with a medical practitioner while in my hotel room (it’s all in the instructions when ordering the test – very straightforward). Saves you having to run around looking for testing centres abroad.

Santorini has been on my list of places to visit for the longest time. Known for being an exclusive luxury destination of celebrities, royalty and super VIPs (and still is!), the island in recent years has opened itself up more, providing cost-friendly hotels, suites and hostels for us mere mortals to visit and also get our frolic on. The best times to visit are probably from September onwards and during the Winter season, as it’s much quieter. Weather-wise, it has a normal temperature of around 30 degrees, but I visited at a time where Greece were experiencing one of the worst heat waves they’ve ever had

Santorini takes the form of a crescent, and actually consists of a group of islands including Thira, Aspronissi, Palea and Nea Kameni but for me, the most incredible fact about Santorini is that…

It is actually an active volcano.

Yep. The island itself IS a volcano, and is the only volcano in the WORLD whose crater is in the sea. The islands that form Santorini came about due to probably one of the worst volcanic eruptions in living memory. The last big eruption happened 3600 years ago, and destroyed the surrounding lands, leaving the islands you see to this day. Everything else was submerged under the sea (giving rise to the inspiration/origin story of the Hidden City of Atlantis, as the Mayan civilisation were based in Santorini).

I’m sorry, but what a history! With that considered, I decided to stay at two hotels that overlook the Caldera (the volcanic crater), the first was Kalestesia Suites in Akrotiri, and the second was Adamant Suites in Fira.

Now, choosing where to stay in Santorini was a tough one for me, because everywhere looks amazing. Known for their cubic white houses complete with bright blue orbs, Santorini is a photographer’s dream and a Honeymooners fantasy, but how do you know which places are awesome when everywhere seems great?

Akrotiri and the other areas of Santorini

Akrotiri isn’t as tourist heavy as the other parts of Santorini, largely because the area is known as a huge archeological site. It is officially known as a prehistoric town as it has a strong connection with the Bronze Age and was a very important settlement for the ancient Minoan civilisation, which was destroyed by the volcanic eruption and is often known as the ‘Greek Pompeii’, due to the entire area being covered by ash.

The best towns in Santorini (from a tourism perspective) are: Oia, Fira, Imerovigli and Firostefani, with Oia and Fira being the biggest and most tourist-heavy towns due to the plethora of restaurants beautiful architecture and amazing sunset views.

Almost all the luxury hotels you see littered all over Instagram are located in these four areas. Almost all the hotels have views of the Caldera – and thus, more expensive. You can stay in hotels that are miles cheaper on the other side of the island facing away from the Caldera.

This 3-star hotel is situated in the cliffs of Akrotiri, which are incredibly quiet and serene in comparison to the other towns further north. The hotel comprises a small number of individual suites that are more like duplexes/apartments then actual hotel rooms, with even suite having incredible views of the Caldera.

I stayed in the Elite suite which came with a heated hot tub (pls…let me be fancy just this once!) which was absolutely incredible. INCREDIBLE panoramic scenes. Upon entering the room, you’re met with an open plan living room/bed area complete with all the facilities you’d normally find: tea and coffee, a mini-bar, hairdryer, glasses, utensils, an open wardrobe etc. I was advised not to drink the water from the tap (I don’t drink direct unfiltered tap water anyway so…) and instead was provided with a two litre bottle of ice cold water every day, which ultimately, saved my life because it was HAWWWT. The King size bed overlooks a pair of double doors that opens up to a private balcony with panoramic views of the volcano.

My suite layout was Mezzanine/loft in style, with the winding staircase leading me up to a small seating area where one could chill and write or read in peace. Opposite the reading area was a small crawlspace door, which led to ANOTHER private balcony complete with hot tub. I will say, I felt like Alice in Wonderland trying to get through that small ass door – it’s not the most accessible, and it wasn’t the most fun trying to crawl through the tiny door in order to get to the roof but we move.

The top balcony is small yet private, and the hot tub was amazing. I found it rather refreshing to be there most days, due to the extremely high winds making the intense heat a bit better to deal with. I would perhaps improve the air conditioning in the rooms as they were incredibly weak (especially at night) and quite far away from the bed, which made sleeping pretty difficult, even when I had both doors open! I also found the pillow pretty uncomfortable to sleep on for some reason, but I gather it may be due to general difficulty in sleeping in the heat than a fault with the actual pillows themselves.

The rooms at the Kalestesia nearly all come with hot tubs, with the hotel having a main swimming pool for guests to swim in and order drinks and food at the pool bar, which is also where I had my dinner from too. The menu is a simple one, with everything except the Greek salads and traditional Gyros meals being continental/American. It would have been nice to have had the option to explore more Greek cuisine at the hotel, however.

Nik the Bartender and Michael the hotel Manager were incredibly kind and helpful, taking my heavy ass bags up the small hill and stairs to my room in the balming heat. The staff were wonderful, and made me feel incredibly welcome. When you arrive, you’re offered the opportunity to book things to do around the island, which Michael kindly helped me do. I opted to book a 5 hour cruise around the Caldera (available to see on my Santorini IG highlight) which was incredible, with Michael arranging transport to take me to the yacht. Oh! Speaking of transport, you can also arrange for transport to and from the hotel to the airport, at a cost of 35 Euro each way to be paid in cash. All in all, I had an incredible time. I wouldn’t have noted this as a 3 star hotel – I would give it a strong 4, and if you’re more into the boutique-type hotel stay, this is right up your street.

Accessibility-wise, I would say it’s okay. There are some ramps for wheelchairs and ground floor suites for those who cannot access the stairs but overall, the place is BOOTCAMP field. The area itself is generally very hilly, so transport is definitely needed, whether taxi or 4×4 kart (which I found was a very popular means of transport there – everyone has one!)

Anything else to note?

I don’t know why I do this to myself (not that it’s an issue), but anytime I go away I always look as OBVIOUS as possible. I remember in Japan, I had a huge fro and I stuck out like a sore thumb, so I wasn’t surprised to note the same here. Generally, I found people to be quite pleasant although annoyingly I was prone to bouts of intense stares and chuckles from the locals – men in particular when it came to my hair and body I guess? I first noticed it at the airport, then outside the airport, in the car on the way to the airport, and then in the local town where the hotel is situated. It wasn’t anything I couldn’t handle however, and for the most part, I ignored the stares at least. It’s the chuckles that I found a bit disconcerting. Something to keep in mind perhaps.

For the most part, the tourism is very multicultural so it was nice to see loads of brown and black tourists dotted about Getting off the plane, I must have seen around 80 black women all in groups getting their luggage, and it was honestly so lovely to see them touch down for their Hot Girl Summer getaways/bridal shower weekends and living their best lives on a yacht, shaking ass! (or so I assume…).

All in all, I spent a great few days in Akrotiri and would definitely visit this hotel again. I would give it a strong 7/10.

Check back soon for my hotel review of Adamant Suites! 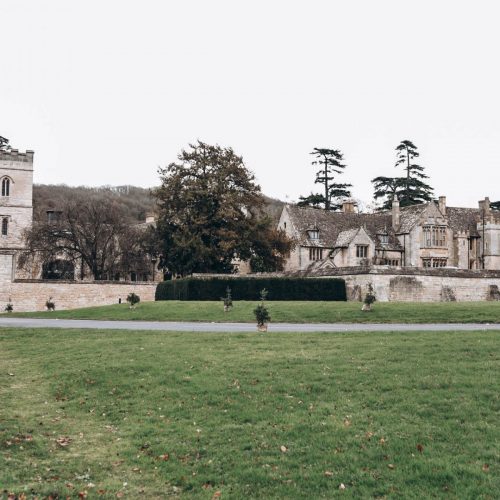