I believe it was Samuel Johnson who said “when a man is tired of London, he is tired of life”.

Well, call me Melatonin Mary, because I absolutely decided to take the first opportunity to leave the city last week in search of fresher pastures for the day. Upon browsing the magnificent scenery of Ellenborough Park Hotel on the website, my first thought was ‘BRIDGERTON VIBES!’ (that show really had us in a chokehold, didn’t it?) and hopped on the early train from Paddington Station up to Cheltenham Spa, where the hotel is located.

The Cotswolds are famous for some of the most beautiful and picturesque villages you’ll find in the UK (in my personal opinion). The towns located within them are often traditional, quaint, charming and VERY aesthetically pleasing, with their famous stone-built houses and endless heaths and meadows. As a City girl, it’s always a literal breath of fresh air when driving through the villages, and my breath was certainly taken away when I pulled into the stunning 16th Century Manor house that was Ellenborough Park.

The building of the hotel started in 1495 by tenant farmer Thomas Goodman and was purchased in 1833 by the 1st Duke of Ellenborough (hence the name), who used the grand building as his personal residence. Over many years, the building has been used as a school and several different hotels. The building was then restored in 2008 to mimic its original building features and was given its new name, which pays homage to the Duke.

Who Is She?? / Logistics

Ellenborough Park is described as a ‘luxury, 5-star hotel’, hosting 61 bedrooms ranging from cosy double rooms to suites, including an INCREDIBLE Bridal suite. The hotel is prime real estate for Weddings and engagements, as they have incredibly beautiful grounds and gardens as well as a beautiful, traditional interior for events and parties. The hotel also boasts a swimming pool and a fully kitted out spa (using products from Noble Isle and Elemis to boot) for those looking for a little R&R.

The hotel is located on the edge of the Cotswolds, in Cheltenham which is a two-hour train ride from London. It is also about a 15-minute car ride from Cheltenham Spa station.

I was, unfortunately, unable to capture any images of my meal that evening, as the dining room was incredibly dark; almost set to romantic lighting. As such, it does seem to be a hotel tailored towards couples; it was an intimate room but hey I wasn’t complaining! Traditional continental breakfast is served until 10am, and the dinner menu consists of traditional British cuisine.

My only qualm about the menu is that for a luxury hotel, I would have loved it if they had featured more of a variety of foods. Fish and chips, a hamburger and a couple of other mains were on the menu, and it would have been nice to have seen some fancier foods featured. Although they do have an amazing Gingerbread Tiramisu that is absolutely to die for!!

I stayed in one of the beautiful luxury rooms which were located separately from the main building, and it included its own entrance, which I thought was awesome. Each room is individually styled with its own decor, wallpaper and fabrics and when inside, I was instantly transported to a 1600s countryside retreat. I felt so fancy and kitsch, hence my countryside attire for this shoot. Nothing but the best for Lady Stephanie Yeboah of House Lambeth!!

Baby when I tell you I wanted to LIVE in the bathroom? I’ve never seen a bathroom that big before; it was probably the size of my living room with a roll-top bath right in the middle of the room, and a separate wet room and toilet. Noble Isle toiletries were spread throughout the bathroom, which was also equipped with underfloor heating. A lovely touch.

Back to the room, it came with all the usual amenities you would expect from a five-star stay: a TV, a minibar complete with FRESH milk(!!) for teas and coffee, a Nespresso machine with two healthy-sized (read: HUGE) flapjacks, a kingsized bed, ample clothing storage with laundry accessories, and a beautiful mid-Century desk with ample plug sockets.

This is more of a personal thing for me, but I always like to have at least two plug sockets by my bed as I have the annoying habit of working from my bed at times. I like to have a place for both my laptop and phone to charge, and the bedside only had one plug socket. But that’s by the by!

I thought the service was lovely although again, as the hotel counts itself as a luxury 5-star venue, I do think improvements could be made. Again, these are all very minor things but over time, they can add up and count towards someone’s overall experience while staying at hotels.

But as I said, these are minor inconveniences and I thought I would note them as I was there under review purposes!

I tried to scan the site for any details on accessibility, but I couldn’t find a page as I think it would be handy for them to mention that some of the suites aren’t wheelchair-friendly. The suite I was in had its own entrance, but you also have to ascend a flight of stairs to get to the room and there was no elevator. Even in my room, to get to the bathroom you have to go up and down a small set of stairs.

I understand that with old buildings and manor houses, there may be a reluctance to renovate with modern fixtures as to preserve the aura and history of the buildings, but accessibility is incredibly important and I think with small modifications that include wheelchair-friendly rooms and common areas, the place could really be improved. I can’t remember if elevators are in the main building, but hopefully, there is!

The towels and bathrobes are fat-friendly- YAY!! That was a little personal touch I liked.

Overall, I had a pleasant stay at Ellenborough Park. I think minor adjustments could be made regarding the service and also the accessibility – as in my personal view, I don’t think any hotel can be called ‘5-star’ if they aren’t fully accessible to disabled bodies too. The hotel’s exteriors and interiors are absolutely STUNNING, and I wouldn’t be surprised they sometimes loaned the grounds out for TV and movie filming. Absolute scenes. If you’re looking for a lovely, quaint place to stay at for the weekend, or if you’re looking for a combined wedding + overnight stay location – Ellenborough is the place for you!

(I was kindly gifted a night’s stay in exchange for content. My views as always, are my own!) 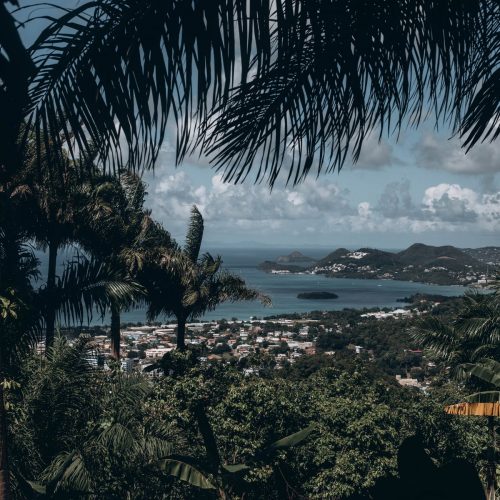 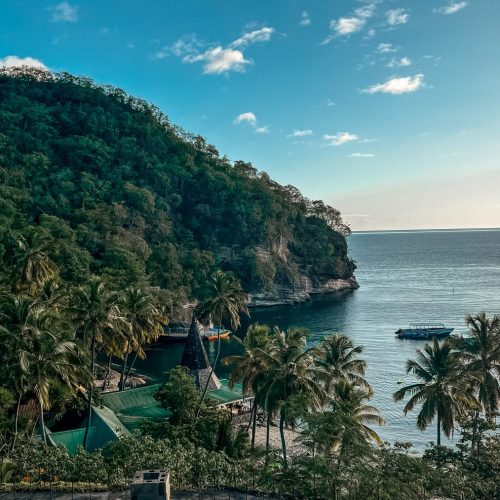 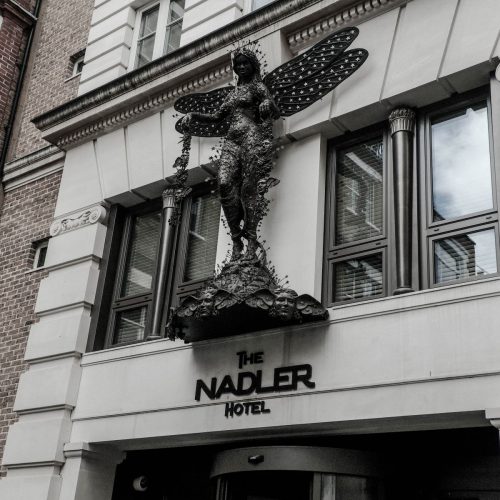 A London Staycation: The Nadler Soho