Uncategorized
Steph
Hi Guys!
So today was our University ‘Freshers Fair’ where the University holds a fair for all the new first year undergraduate students to get free stuff from various companies and to sign up to different sporting clubs and societies. Normally, this event is held for new students only, so naturally, being a 3rd year student, I obviously went for the free stuff lol.
I went to the fair and picked up some stuff…but in general there was HARDLY any good stuff! FAIL. All they were doing were handing out leaflets and other irrelevant things =( But i shall post pics of the stuff I got ‘worth mentioning’ lol. 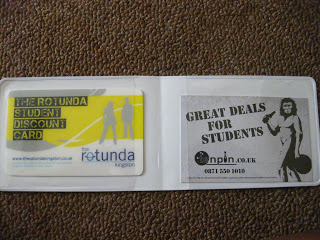 A discount card for the local entertainment centre :S 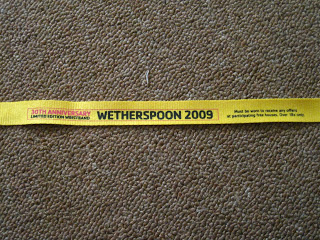 A wristband to get free food at the local eaterie. Free food is always a positive. 😀 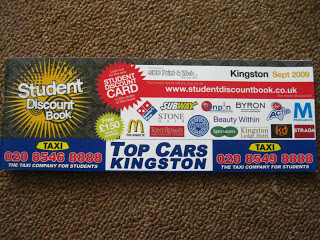 A Discount book!!! It has discounts for McDonalds, Dominoes Pizza and Subway..DAMN the fact that i’m on a diet at the moment!! =(   =( 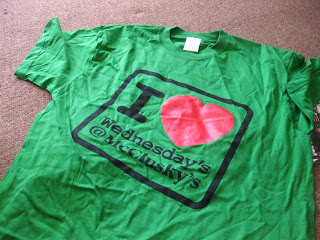 A free T-shirt I got for signing up with a nightclub called ‘McClusky’s’. 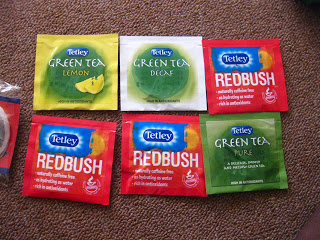 NO they aren’t condoms (although I was given 13 condoms today as well, no point as they have no use now…*HEAVY SIGH* LMAO) Sachets of Tea!! I don’t even have a teacup haha.
And those items were the highlight of the whole thing really lmao. After that, I went food shopping..and as I was looking for pasta sauces, I came across this: 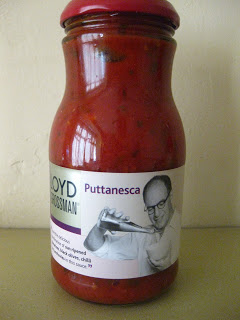 Now, If anyone out there has ever read ‘A Series of Unfortunate Events’ by Lemony Snicket (turned into a movie a few years ago starring Jim Carey) you would Instantly recognize the name of the sauce. I saw it on the shelf and I literally was like “OMG OMG!!! They cooked this sauce in the book!(A series…was one of my favourite childhood books you see so I got uber excited lol, lame I know!)
Aaaaand, I also went into my favourite store, Lush, to top up on some new mystery goodies that I shall be reviewing on my NEW blog, www.splendiferousbeauty.blogspot.com  Please if you haven’t already seen it, please follow!!! It’s a work in progress at the moment but I would be grateful if you followed! 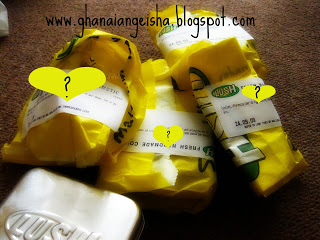 #GeorgeousDresses | Day At The Races (1)

Make sure this account has posts available on instagram.com.