Uncategorized
Steph
So if you follow me on Twitter, you may have noticed me asking my followers about their favourite scents and recommendations and one fragrance that created an overwhelming response was ‘Flowerbomb’ by Viktor and Rolf!
On my lunch break I took a stroll down to Debenhams and tested a bit; at the time I thought it smelt just “ok”, however I ordered the Eau De Parfum version anyway: 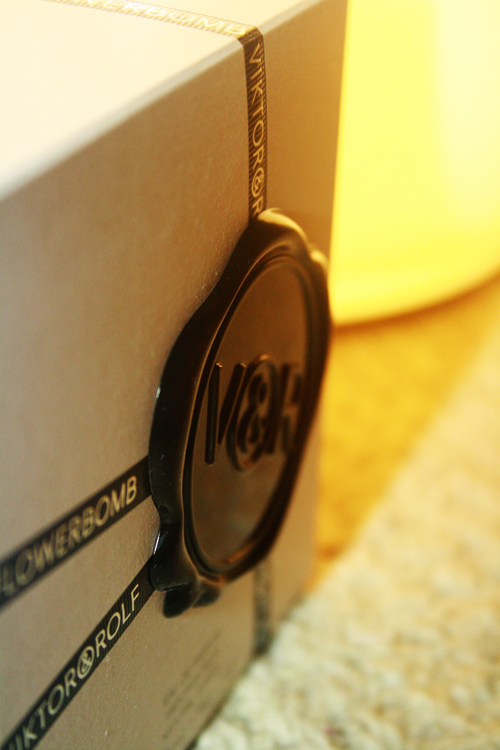 Flowerbomb is the debut fragrance from Amsterdam-based design team Viktor & Rolf. It was created by perfumers Olivier Polge, Carlos Benaim and Domitille Bertier and has notes of tea, bergamot, sambac jasmine, orange tree, catleya orchid, freesia, rose, and amber, musk, and patchouli.
Before I bought it, I read somewhere or another that Flowerbomb was designed to evoke an explosion of flowers, and so I rather foolishly expected that it would be a big white floral. I like a big white floral, but that isn’t what Flowerbomb is.
It starts with lots of sugar candy and a bit of citrus, and dries down to a sweet, slightly vanillic dessert of amber and patchouli. It’s very smooth and creamy, with no hard edges. There are some flowers along the way, but they aren’t assertive. I should not think you would have to like flowers to like Flowerbomb. I’m not really a “flower” person and on first impressions, I did think that the scent was too candyfloss-ish/sickly-sweet however, when you give it 10-20 minutes to dry……?
…HEAVEN.
On my way to work i received quite a few compliments on it which I think was really nice!
I think they have succeeded in creating an easy to wear perfume that is likely to have widespread appeal to fans of sweet florientals. It is perhaps no surprise that almost every review of Flowerbomb I have seen mentions another fragrance that smells just like it. The prime candidate seems to be Angel, but Flowerbomb is a considerably more demure, well-behaved fragrance than Angel. Personally, I thought it smelled primarily like an Impulse body spray of ‘Fantasy’ by Britney Spears.
Comes in 30ml, 50ml and 100ml.
Do you own Flowerbomb?
What is your signature fragrance?

It's a London Thing – Giveaway!

Autumn's Here; Get the lippies out!