As some of you may know, I’m currently trying out the Jenny Craig diet and so I thought I would post a quick one week review about the program!

How does Jenny Craig work?
The program centres of pre-packaged meals and snacks. Most of the meals consist of 60% carbs, 20% fat and 20% protein and you’re allowed to eat three of the meals a day along with one Jenny Craig snack. In addition to the meals, you can also eat fruit and veg and low-fat dairy items such as milk or yoghurt.

My Experience (Support and Information)
On the Saturday after I recieved my box, I recieved a call from one of the Jenny Craig consultants named Rebecca who went through the two-week menu with me as well as answering any questions about the plan. Most, if not all the consultants have achieved some sort of weight loss either through Jenny Craig or another medium so it made me feel really comfortable talking about my eating habits and goal weight. Rebecca was so lovely and she gave me her number at the end of the conversation in case I had any questions I needed to ask.

Inside the box is a binder with a plethora of information about diet habits and why we choose to eat certain foods at certain times. There’s also a little survey which tells you what sort of eater you are (I’m an emotional eater..eek!) and gives you tips on how to rectify this. Along with this also comes your customized menu plan along with a grocery guide to get you started. My daily calorie target was 1500 a day and there are spaces within the daily menu to target and talk about how you feel before and after eating each meal.

The Experience (Food)
As explained above, I had to eat three full meals a day with an added Jenny Craig snack. What I like about the meals is that they seem and taste “homemade”, none of that “powdered-protein-food-that-pretends-to-be-a-burger” type stuff. The lunches and dinners taste very rich and I personally found them very satisfying!

Some of the meals included were; vegetable and green lentil dahl, noodles in sweet and sour sauce, chicken tikka masala, beef lasagne, meatballs and potatoes and so much more. Each serving of the dinners are around 300g and normally no bigger than 300 calories.

The only food I had problems with was the porridge. Now, I’m not a porridge eater and I hate eating foods with a porridge texture, so I gave them a call and asked if I could substitute the porridge with 40g of fruit and fibre instead and they said that was fine, as long as I didn’t add any sugar.

The daily menu went as follows; breakfast, snack, lunch, Jenny Craig snack, Dinner, snack. With the snacks, I prepared in advance by taking the grocery list down to my local supermarket and buying a week’s worth of  fruit and veg, pitta breads, rice cakes and what have you. I found that I had to plan meals in advance also to give time to prepare my snacks for work. 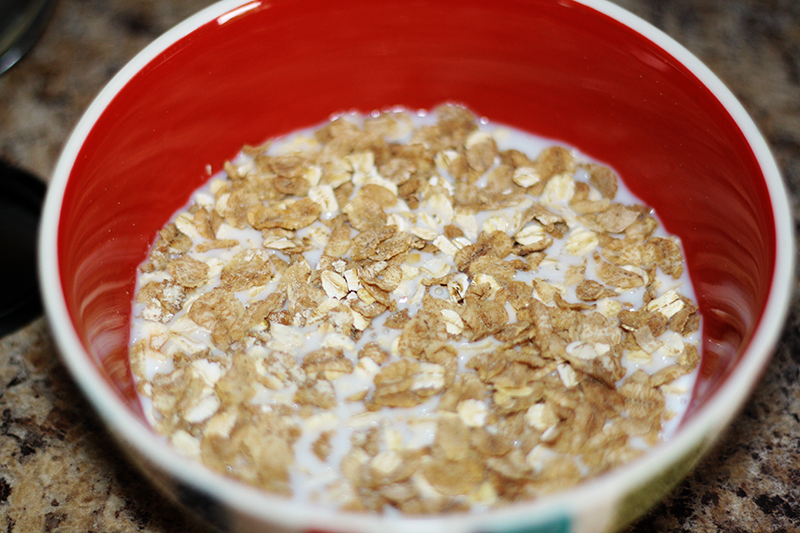 What I’ve Learnt /How I feel / How much I’ve lost
I’m the type of eater that used to only eat about two full meals a day, miss out on breakfast and snack a LOT, so it was a bit of a shock to the system when upon looking at the daily menu, I was to be eating 6 times a day – it’s exhausting! It has taught me a lot about portion control and to always drink first when I feel hungry as it may just be thirst pains instead!

At the end of this week, I have lost a total of 4.1lbs, which I’m shocked at because I feel like i’ve been eating so much! But in the back of my head, I know all the stuff I’ve been eating has been moderately portioned and healthy (I only just realised I haven’t eaten any junk or baked goods this week. whaa??). I feel quite good and proud of myself having completed a whole, healthy week.

Roll on week two I say!