*KLAXON SOUNDS* Victoria’s Secret are currently doing some uhhmazing deals in store; 3 items for £21 and 5 items for £25! Considering that their fragrance mists are around a tenner a pop, I would say that’s an awesome deal right? *END KLAXON* 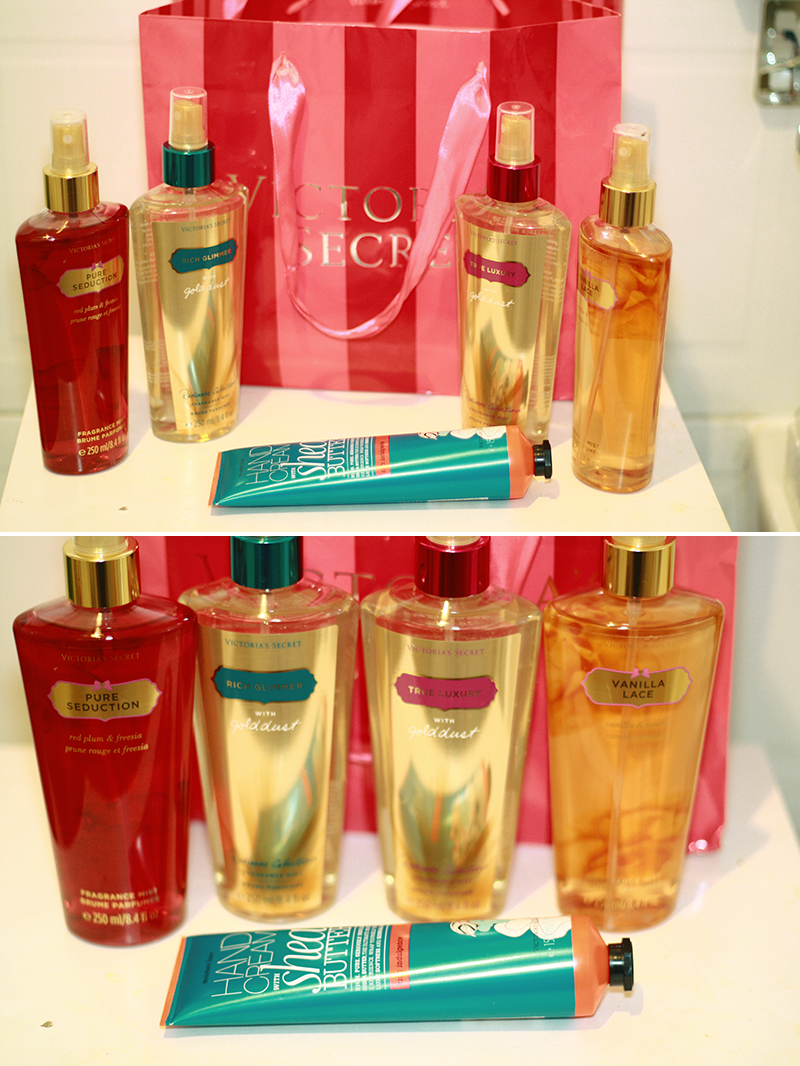 A sucker for deals I am, I picked up four fragrance mists and their new shea butter hand cream range. It was my first time visiting the Victoria’s Secret store in Westfield and I was really impressed; it’s very boudoir-esque and regal – I felt like I was in some sort of forbidden dressing room. 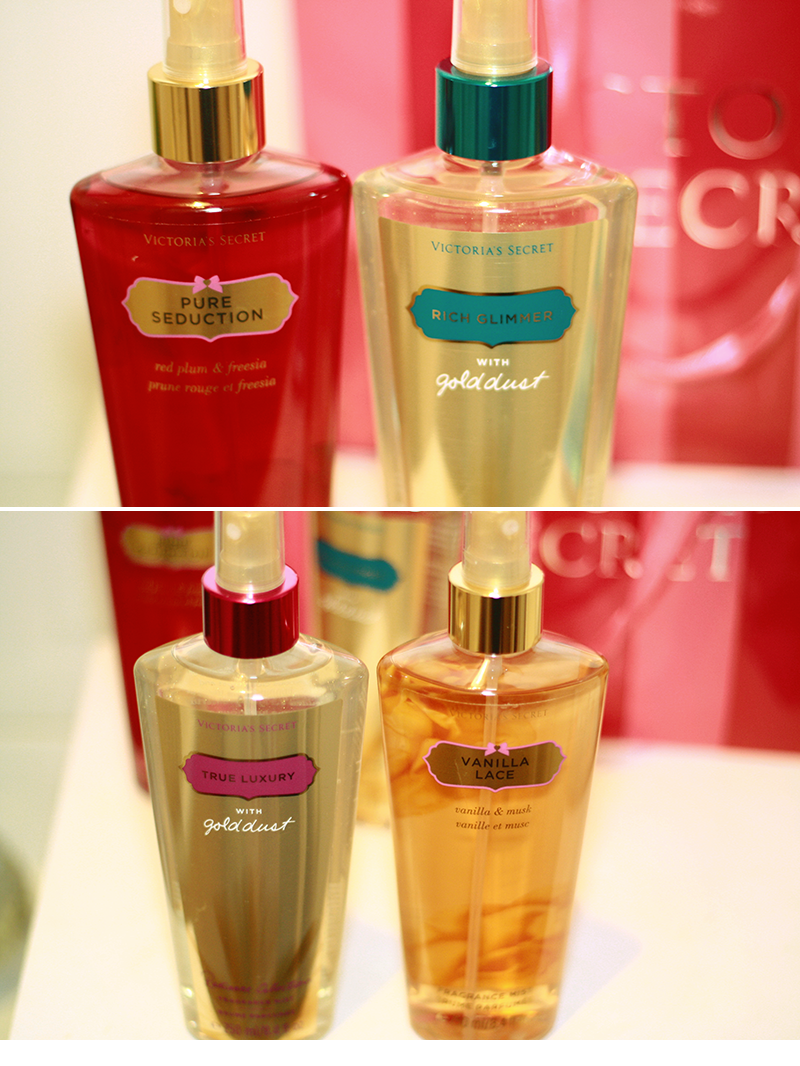 Pure Seduction is described as a flirty, floral fragrance which contains notes of red plum, chamomile and aloe vera. It’s one of Vicky’s stronger scents and I found that it lasts for about a good 3 hours before having to re-spray. A very rich, seductive scent. 😉

Vanilla Lace is described as a seductive, flirty fragrance with notes of vanilla, chamomile and white musk. I’m a big fan of white musk so this has fast become one of my favourites. This is the sort of scent you could spray on in the Winter while cuddled up in a thick, woolly jumper – very soft, warm and inviting. Reminds me of Christmas!

True Luxury & Rich Glimmer are part of the Radiance Collection and I cannot for the life of me find any sort of description of the collection on their website, which leads me to think that either this collection is brand new, or pretty old. Either way, both fragrance mists contain little specks of gold dust which is supposed to give you a lovely vajazzled look (first thing that popped into my head LOL), however, no gold flecks appeared on me, which was a shame as it looks so lovely and sparkly in the bottle! 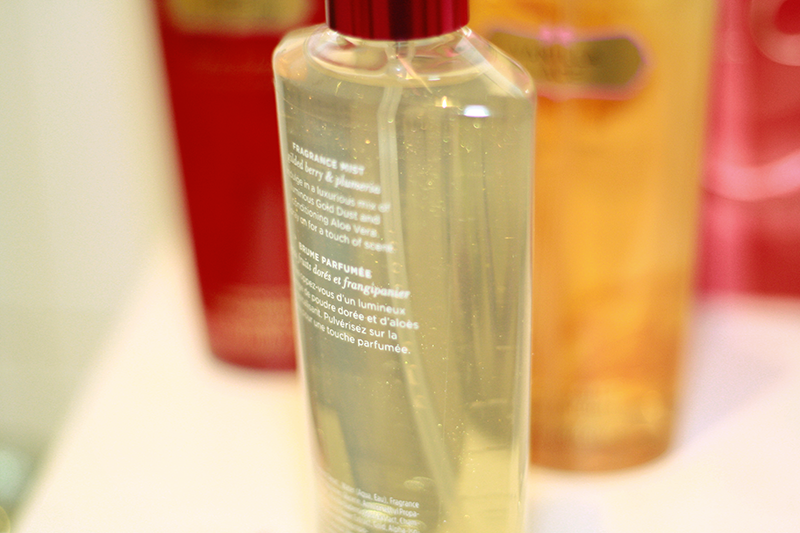 Finally, I bought the shea butter hand cream, which smells lovely and is very moisturising. Nothing too overpowering. At 150ml, the packaging is huuuuuge though! I’m sure it’ll last me the whole year and then some. 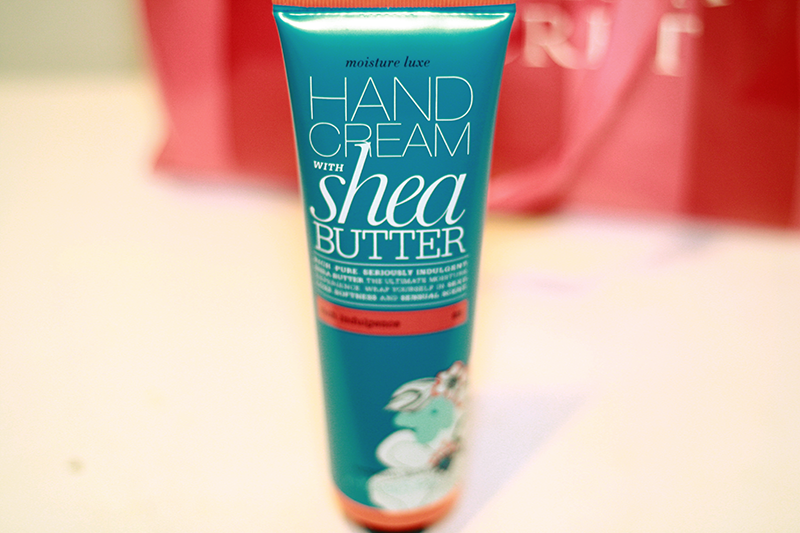 I believe the special offers are running until the end of November, so go get you some while the getting’s hot!

Have you purchased anything from Vicky’s Secret lately?

I have No Words…