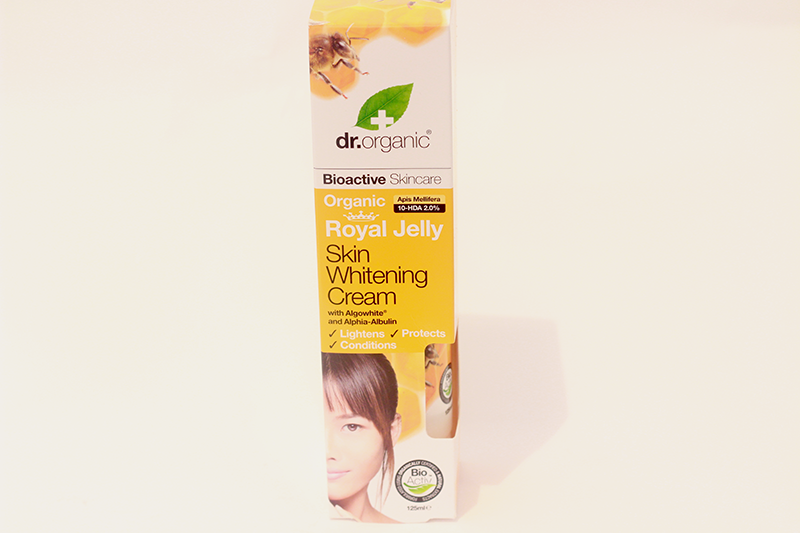 Like a lot of people (especially those with darker skin tones), I suffer from hyper-pigmentation and the occasional dark spot here and there. I know that there are loads of creams, lotions and potions out there that claim to ‘treat’ hyper-pigmentation but lets face it; they typically fall into either one of two categories; they either A) cater towards fairer skinned consumers with claims to reduce redness, or B) contain a dangerous amount of untested and unverified chemicals, such as the notorious Hydroquinone, which can cause disastrous and often irreversible effects on the skin if used for a prolonged amount of time.
There have been Lord knows how many issues and controversies when it comes to lightening creams in general, especially within the Afro-Caribbean and Asian communities, due to the media driven ideology that somehow, to be lighter is to be better’, which we all know is complete bull.shite.
A few weeks ago, Dr Organics released the Organic Royal Jelly Skin Whitening Cream (£9.99) in Holland & Barrett nationwide, as well as online and the media went crazy over it – especially the name and use of the word “whitening”. Now straight off the bat I do despise the fact that the word ‘whitening’ was used as the description instead of ‘lightening’, as I do think it is pretty harmful – I do not want to cure my hyper-pigmentation by ‘whitening’ my skin – I want my skin tone to be even all across the board. That’s neither here nor there however. 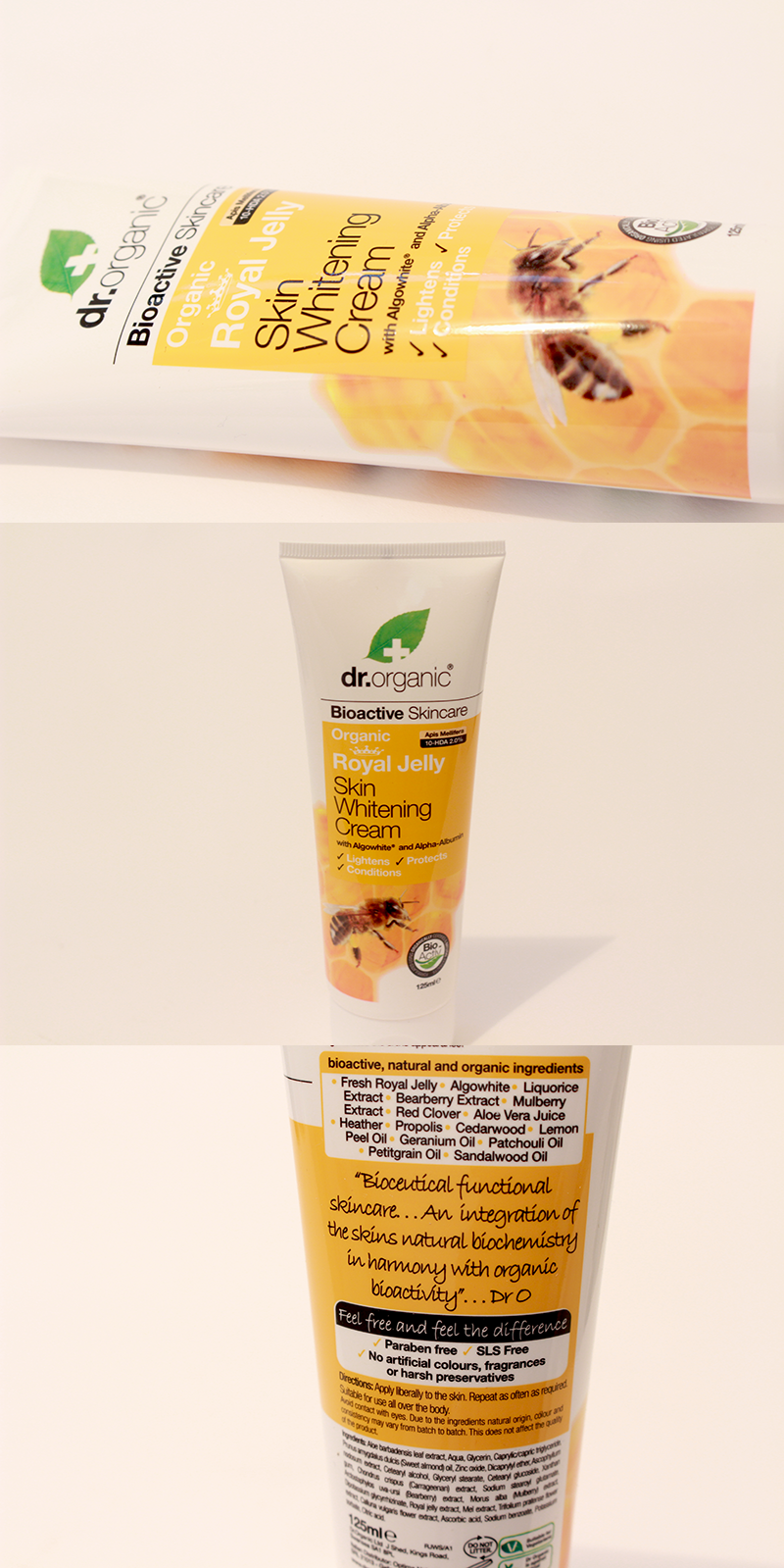 I’m a fan of Holland & Barrett and in the interests of curiosity, I have decided to try out this lightening cream over the course of two months, reporting any results or changes every two weeks to see if this cream does in fact work. The cream contains skin lightening ingredients such as Algowhite and Alpha-Albumin and does not contain Parabens, SLS and has no artificial colours, fragrances or preservatives. It also contains: aloe vera juice, mulberry extract, sandalwood oil, patchouli oil and cedarwood – that’s right, it smells like a candle but it is a rather pleasant aroma.
I’m going to be testing the cream on a variety of areas on my body – however for the sake of the review, I’ll be using my knee, which is darker than the rest of my leg.

Here’s hoping that we see some results soon aye?

LFW WITH SIMPLY BE: LEMONADE 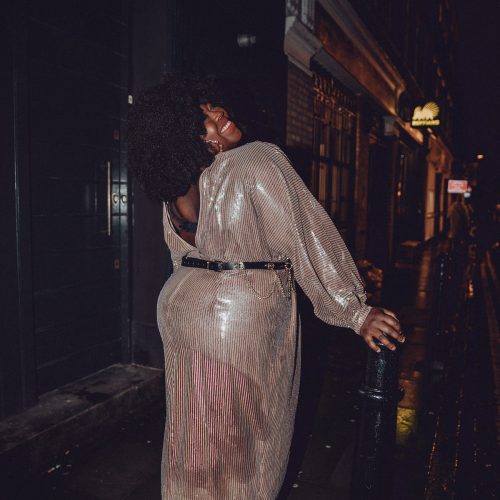