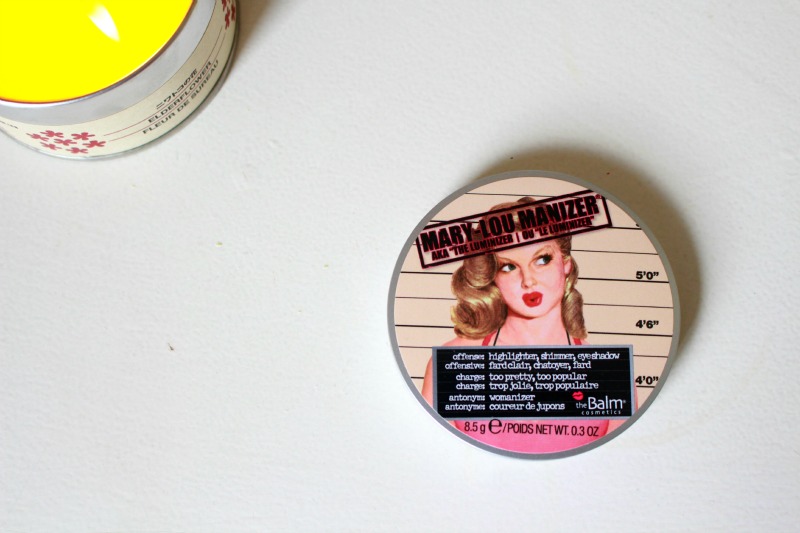 As a newbie to the whole highlighting game, I’m constantly on the hunt to find new shades and textures of highlighters to try out (I’m still not that good at applying them to be honest!) and so I recently came across the Mary-Lou Manizer by Californian brand theBalm. I haven’t used many products by theBalm before, however it’s easy to see who their influences are based on their product names and packaging and the highlighter was no different. 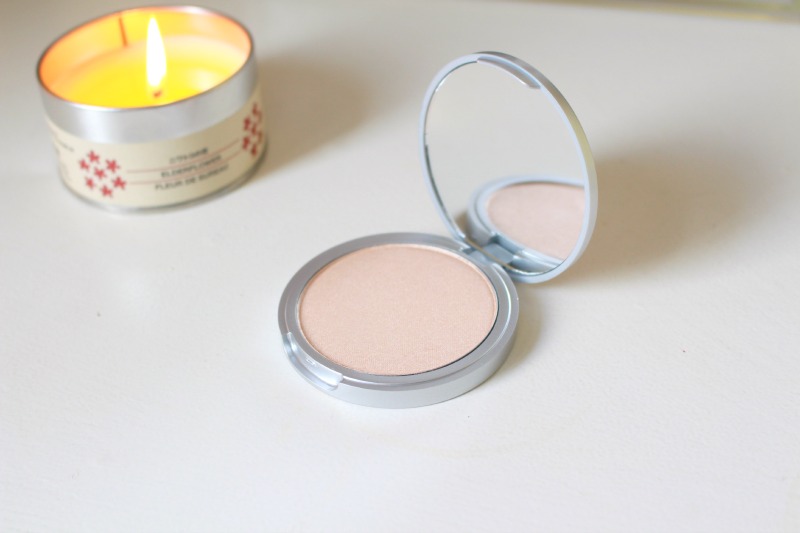 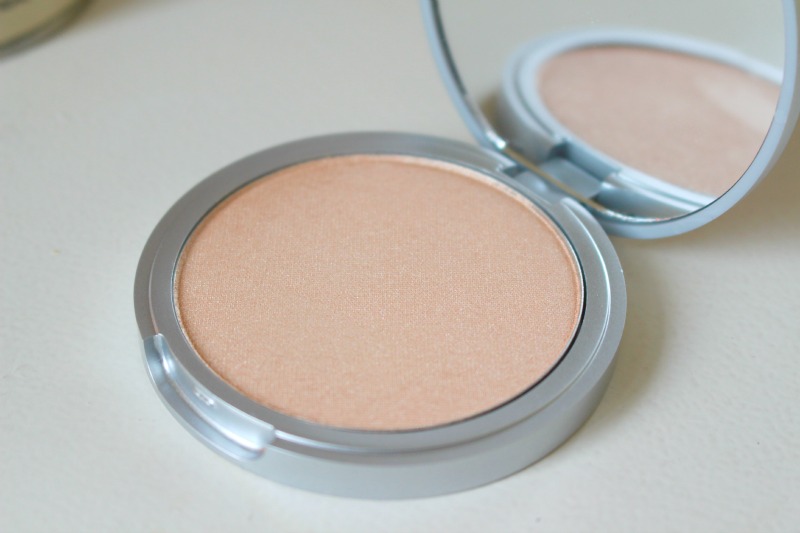 What theBalm says about their highlighter:

“This highlighter, shadow and shimmer diffuses light so your skin looks softer and younger while adding a subtle glow.”

As described above, the highlighter can be used as an eyeshadow, a shimmer and of course a highlighter and consists of a finely milled powder which is champagne in colour. The powder is very soft to the touch and is pretty pigmented, which is always a good thing. In the past I always tended to use highlighters with Beauty Blenders as I thought that was the ‘done thing’ to do, however I always found myself using far too much and ended up looking like a disco ball!
I’ve since “invested” (it was literally £1) in a densely packed contour brush especially for highlighting and that seems to have done the trick. I use the aforementioned brush to apply the Louminizer lightly across the top of my cheeks where I’d like to think my cheekbones would be situated eventually! 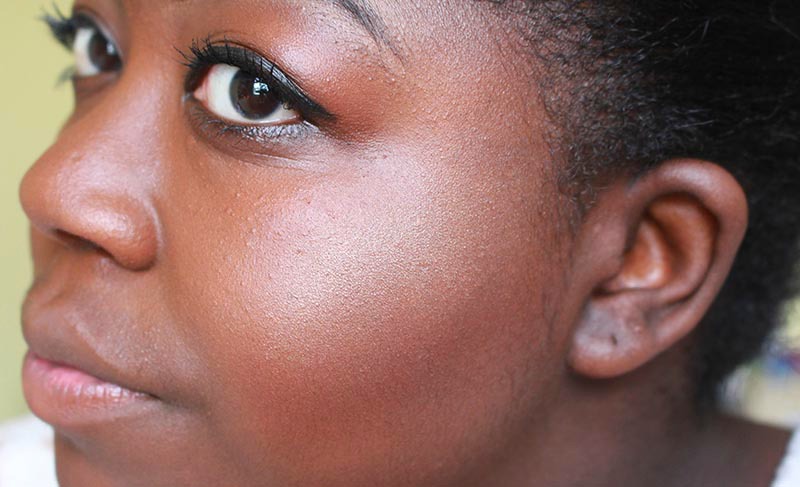 I’m in two minds about the highlighter; on one hand, I like how pigmented the product is and while it does give off a lovely glow, I can’t help thinking that I would have preferred it more if it had a bit more of a ‘golden’/bronze glow. I think this shade would look on amazing on those with lighter skin tones than mine, however I’ve always been a big fan of the copper/bronze highlighter look as I feel it brings out the red undertones in my skin.
In closing, do I like the product as a whole? Yeah it’s alright. Would I buy it again? If it came in a deeper shade, perhaps. Is it worth the £17.50 price tag? Perhaps. As pigmented and finely milled as it is, I still noticed a lot of fall out from the product when dabbing my brush in, which was a bit annoying. Is it suitable for darker skinned women? Depends on the look you’re going for but I’d probably say not as it can have a tendency to look slightly on the ashy side if too much is applied. Who would it suit? I’d probably say those with fair to olive-toned skin.
theBalm’s Mary-Lou Manizer is available from Debenhams online and in-store.

Have you used any products from theBalm before? What are your thoughts?