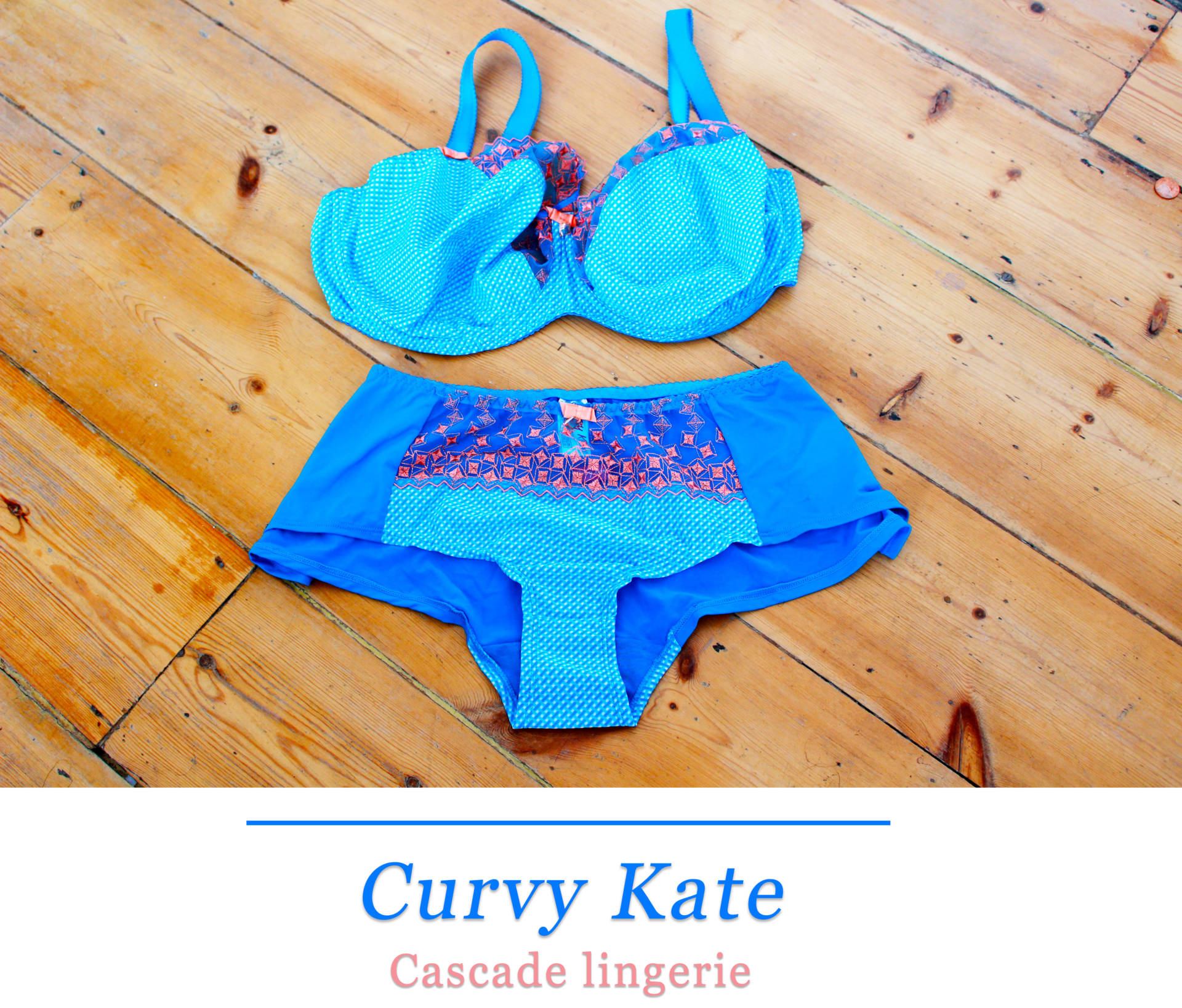 There’s nothing more satisfying than having a bra fitting and getting bras that *ACTUALLY* fit you right down to a tee. About a week ago, i popped into Bravissimo to have a proper bra fitting as up until then, I’d been told that i was everything from a 38C to a 44FF and none of the bras i owned felt right. After my fitting (which included trying on hella bras), it turned out that I was actually a 40G/GG and I just can’t describe to you guys how good it feels to have something that’s actually concrete.
Since then, I’ve been getting ALL THE BRAS, including kindly being sent this Curvy Kate Cascade underwear set from House of Fraser for review. I’m an absolute massive fan of Curvy Kate and considering that their bras were comfortable even when I may have been wearing the wrong size at the time, I was excited to try out something in my size finally.

The topaz Cascade bra and mid-rise briefs were released in Spring ’15 and the bra is made from laminated fabric (non-stretch fabric which is supposed to give maximum support while retaining comfort) and is topped with a semi-sheer diamond shaped embroided fabric on the top cup. The bra features Curvy Kate’s ‘Upfront technology’, which is supposed to give the bust a more rounded and uplifted appearance. The bra sizes in this style go from a 28-44 back and up to a K within the cup. The briefs are available in sizes 8 – 22. 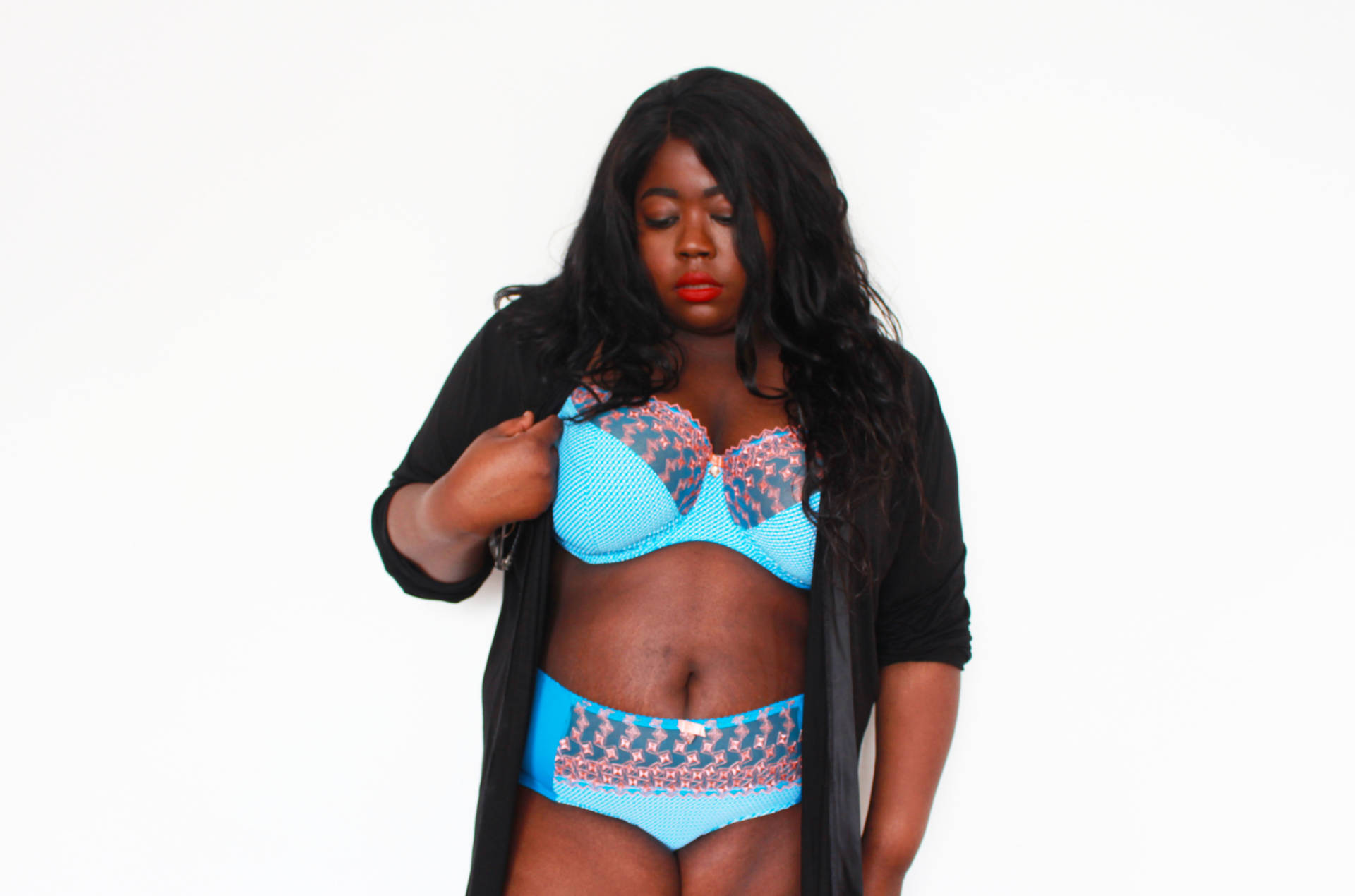 The colour of this set is absolutely stunning and I think it’s a shade that goes well with my skintone; it’s almost regal in a sense! I can’t get over how bright and gorgeous the colour palette is. When it comes to the sizing however, things are a bit off.
I believe the fault lies with myself on this occasion as i chose a size 40GG in this style. I also have the Curvy Kate DreamCatcher bra in a 40GG which fits perfectly so I naturally assumed this would fit me too, but not all bras are created equal my friends. While the banding is okay and lies flat against my sternum perfectly, the cups at the top as you can see, are quite loose. I think i should have sized down to a 40G on this one. It’s one of the many struggles of floating between two bra cup sizes I suppose. Compared to some other bras I have, i didn’t find the band material to be that strong/supportive around the side boob area. The band would frequently roll/be sucked into/disappear into my side boob fat like something outta Stranger Things and the underwire does dig into my side fat frequently, to the point where it has broken out of the fabric entirely. 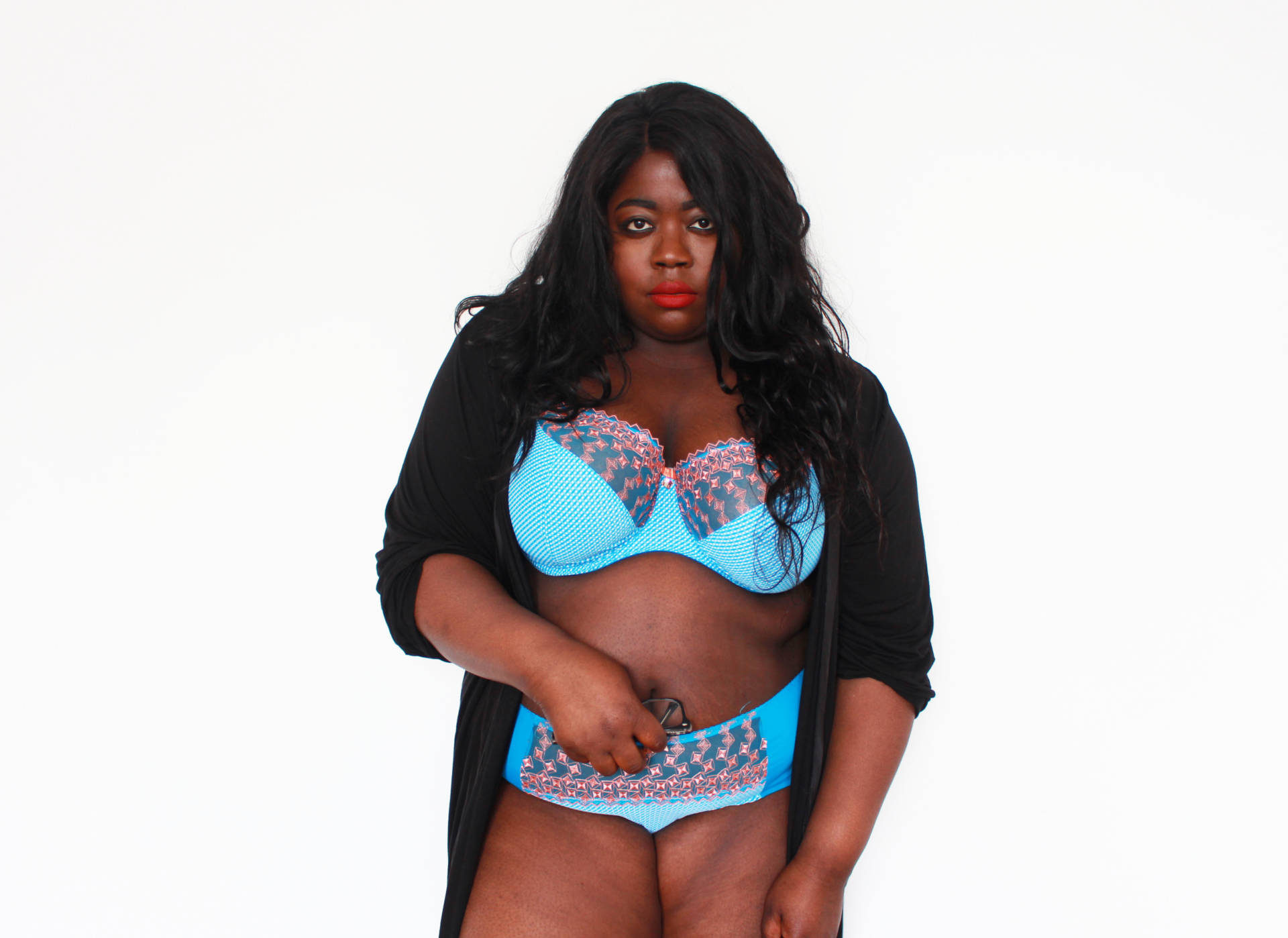 All in all, apart from me wishing that I had gotten a smaller cup and that the band fabric could be stronger, I really can’t fault the bra. I understand that by wearing the bigger size, the bra doesn’t give me the rounded shape that it says it would, but at least i know now to either size up or down in certain CK styles.
The Curvy Kate Cascade Bra & Briefs are available online (currently on sale!) and in stores at House of Fraser.

*This item was sent to me for review purposes. as always, my opinions are my own!

10 THINGS FROM AMAZON YOU NEVER KNEW YOU NEEDED #1