HOW TO OVERCOME IMPOSTER SYNDROME. 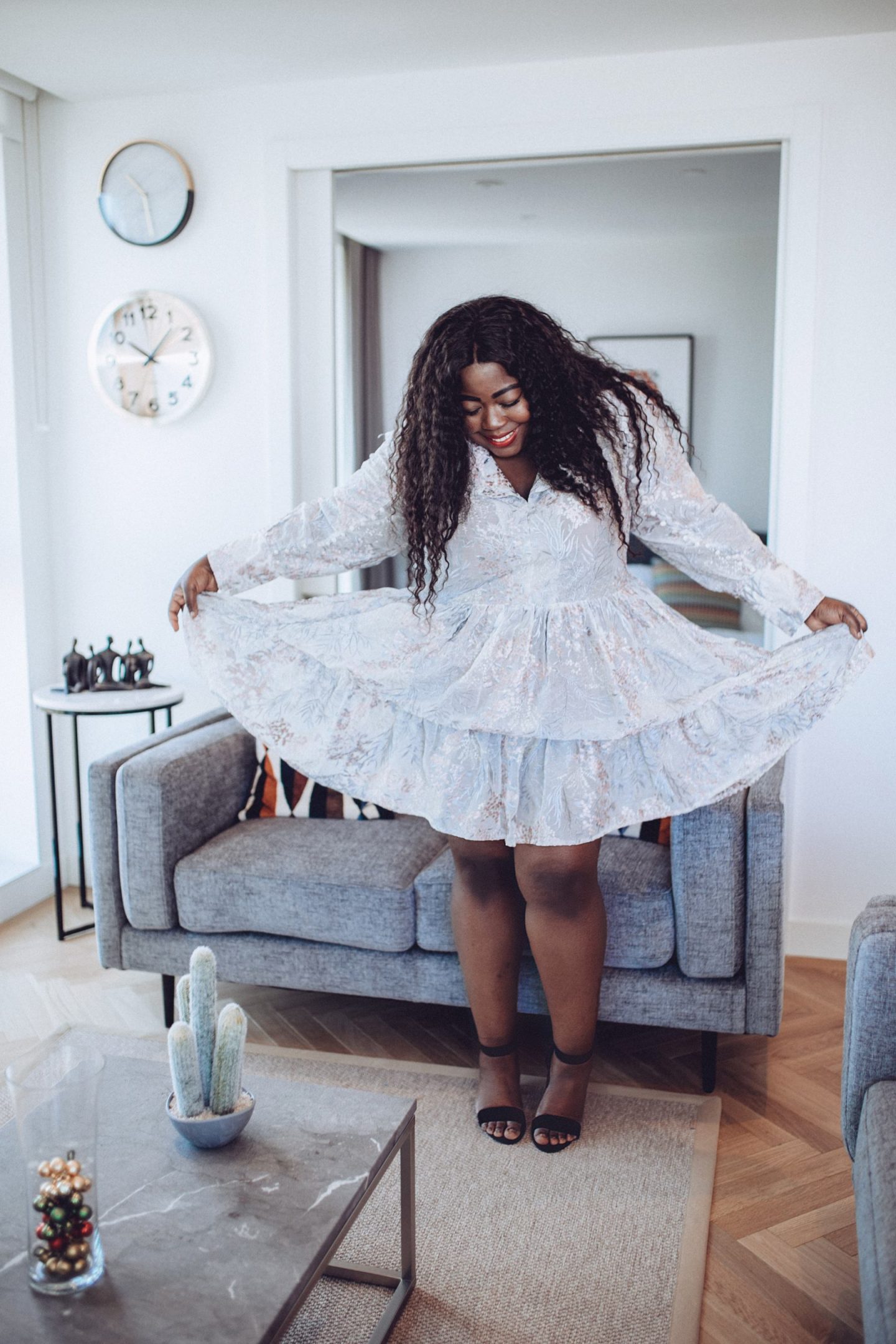 Imposter syndrome: a psychological pattern in which people doubt their accomplishments and have a persistent, often internalised fear of being exposed as a “fraud”.

How many of us have felt like the above at some point in their lives, but didn’t know that there was an official name for it? *waves hand*.  Imposter Syndrome is feeling like you’re an imposter and that eventually, the whole world is going to find out. It’s a phenomenon that links itself to insecurity and crippling self doubt over our own abilities, to the point where we feel that we do not deserve any of the nice things that we have worked hard for.

Inposter syndrome is something I’ve suffered with for a very long time, however it only really kicks into effect when it comes to my blog, writing or public speaking. I have been running this blog and have had an online presence for 10-and-a-bit years now, and I still sometimes feel like a fraud and that I don’t deserve anything positive that has come from my hard work.

Sometimes I’ll write an article about something that means a lot to me, and then I’ll just delete it and never submit because internally, I think that everything I’m writing is a bunch of crap, and that I sound sloppy and all over the place. Sometimes I’ll take a set of photos for my blog/social media, and refuse to upload them because I feel like I don’t deserve to be a content creator and that everything I’m doing is a scam.

There is a lot of research online that seems to suggest that this syndrome is something that affects women more than men. Research from cognitive psychology shows that men and women have distinct attributional differences in how they respond to success and failure. Men are more likely to attribute success to personal factors (their ability, talent, effort) and failure to outside forces. Women tend to do the opposite: they attribute success to timing or luck, and failure to personal shortcomings.

Well whatever it is, it sucks. Because objectively we are all awesome and so below I’ve listed a couple of ways in which we can help overcome this annoying feeling: 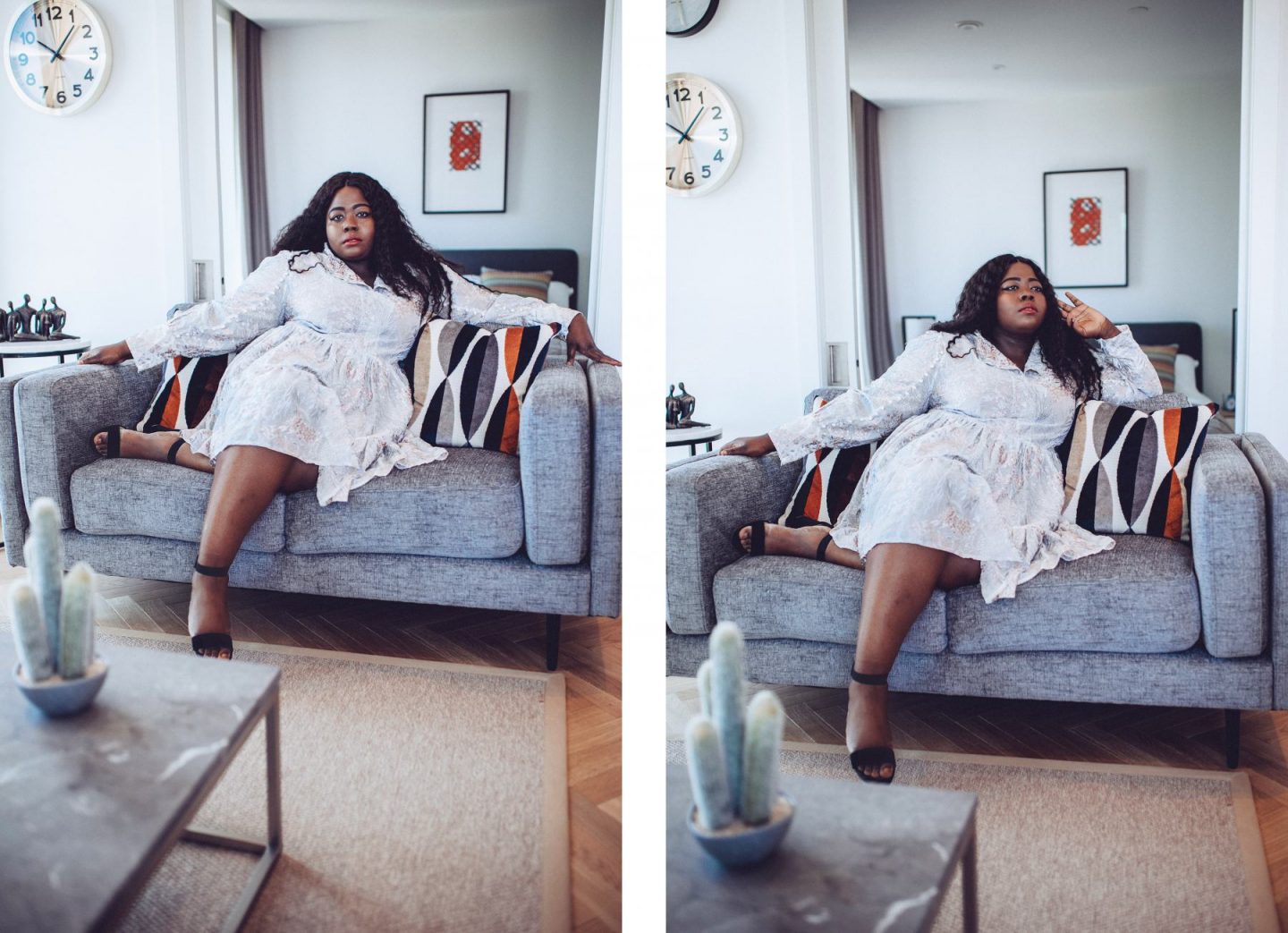 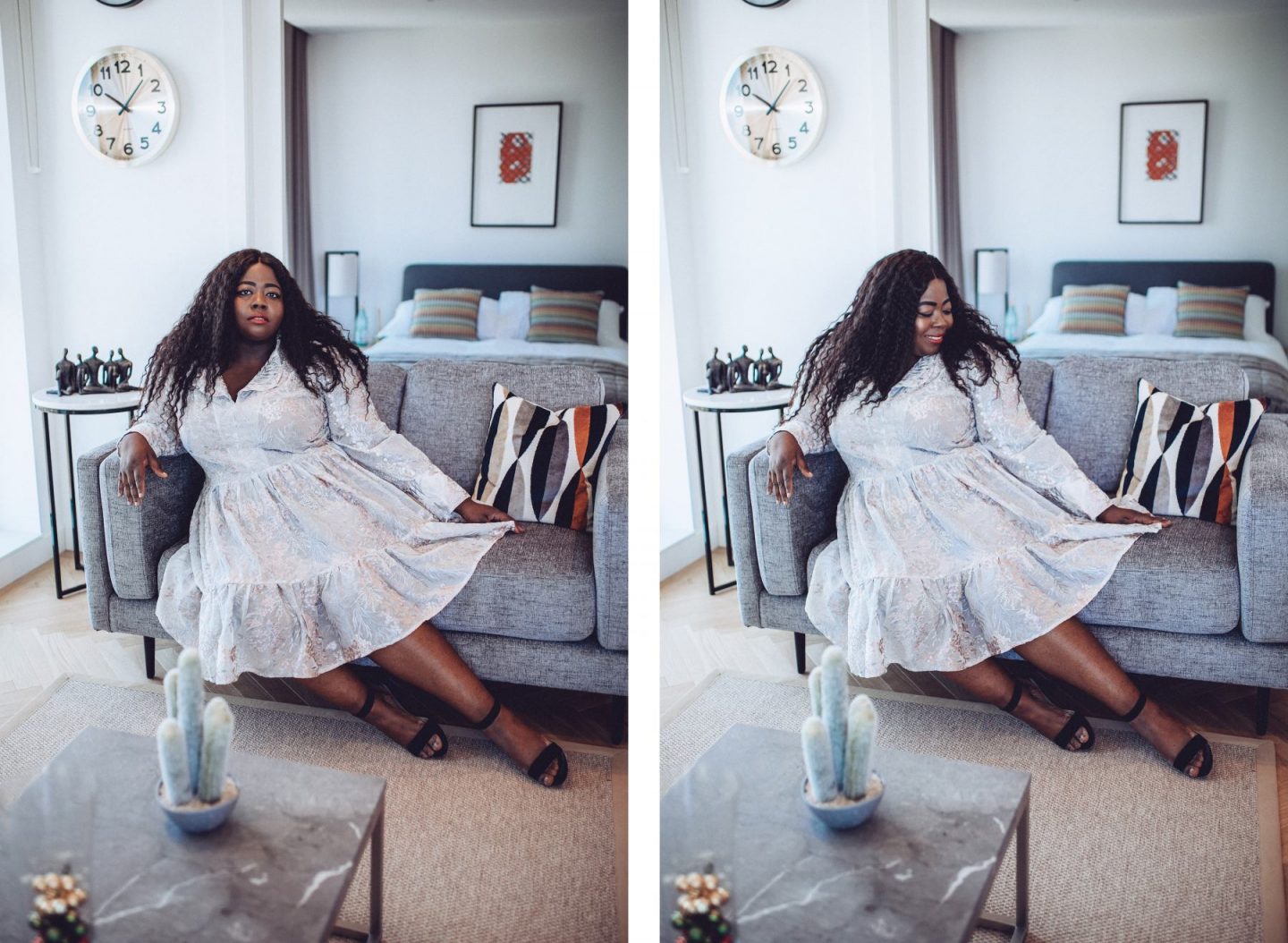 Competence bears little relationship to confidence. It’s only when you’re aware of your how good you are that you become confident.

My favorite tip for increasing that awareness is to create a success log. On a daily basis (preferably at the end of the day) write down all of the things you are proud of, situations that you handled well. You’ll see how even small successes, when recorded and reviewed, begin to make positive changes in the way you evaluate yourself

No one gets to your level of success without talent and hard work. Even if luck played a role in your career, it was no accident or quirk of fate that prepared you to take advantage of the opportunities presented. Bask in your awesome and celebrate the fact that you’ve worked hard to get where you are!

Don’t minimise or dismiss compliments by attributing your success to other people or outside factors. The next time someone praises you, just say “cheers fam”.

Stop Comparing Yourself to THAT Person

There’s no good reason for you to be reading what I’m writing when there are so many other amazing blogs out there. GabiFresh has had more successes than me and is an amazing designer. Megan (BodyPosiPanda) wrote an incredible book. Kellie B, Chastity Valentine, Zoella even… these guys blog! But still, I’m writing this because I think I have something to offer. Actually, when I look at my ‘things I like about me’ file I have proof that I have something to offer.

When I compare myself to others it’s easy to fall into the trap of “my life sucks compared to that life”. You might as well not even do anything! Your life isn’t the best life. Emerson said, “Envy is ignorance…” and he was right on. You aren’t here to live the life of another person. You’re here to do whatever life you can. Turn Facebook off, get off Instagram sometimes, stop reading biographies of “successful” people and learn to respect your own experience. You’re not a fraud, you’re just you.

Being Wrong Doesn’t Make You a Fake

The best football players miss most of the shots they take. The best traders lose money on most trades. Presidents are wrong about stuff all the time (I MEAN…look at the Western leaders atm). The best football teams inevitably lose.

Losing is just part of the game. Don’t glorify failure, but don’t let it make you feel like you’re not a real contender either.

Say What You Can

We are often put in the position of “expert”, especially in this ‘woke’ social media climate that we all live in. When this happens, people look at you like you should know everything about a topic. We can’t know everything about anything though. If I’m in a situation where there is potential to actually be a fraud—ie bullshit about things I don’t know—I just say what I can instead. People respect this much more. Admit that you don’t yet have the answer but you’ll find it.

Admit that you haven’t found the perfect solution but you’ve come close enough.

Realise That You Are Never ‘You’

You’re constantly changing. You’re constantly becoming a new person. Your opinions change with new information (I hope). You spend 6 months eating avocado and humous and then you spend 6 months eating steak and pork. Last year you were obsessed with only watching deep, thought provoking documentaries, now you spend every night watching Love Island (…O_o).  Maybe you were in a terrible mood this morning. Maybe you’re a bit brighter now.

“There is as much difference between us an ourselves as there is between us and others.” – Michel de Montaigne

You are growing into something different. You are getting better. How? By trying to do something better than you actually can. That’s not a lie, that’s valor.

Find One Person You Can Say ‘I feEl LyKE a FraUd’ To.

Being able to say that out loud to another person can be a huge help. Especially when they laugh at you for it.

While I still occasionally battle with feeling like an impostor, it helps to have a mantra to remind me that I’ve worked hard to earn my place here, whether it’s blogging, being an influencer, or being at work.

“I made it here; I didn’t just get lucky, and no one is going to tell me I don’t belong here.” 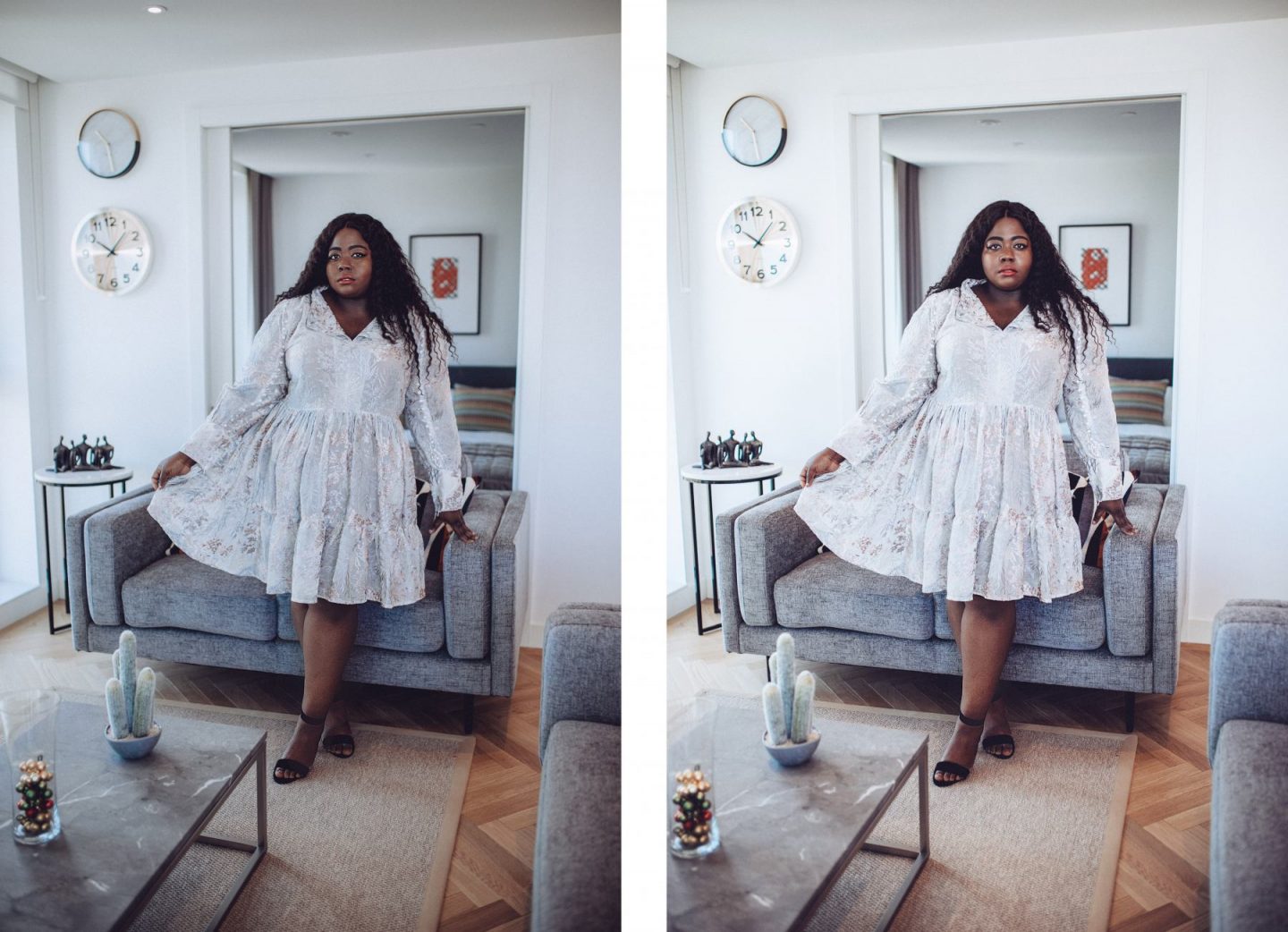 GET INTO THESE FRAMES THO